(Reuters) – The Bank of Canada has barked up the wrong maple tree with its new plastic banknotes, using a foreign Norway maple leaf as the emblem on the notes instead of the sugar maple that the country has on its national flag, an eagle-eyed Canadian botanist says. 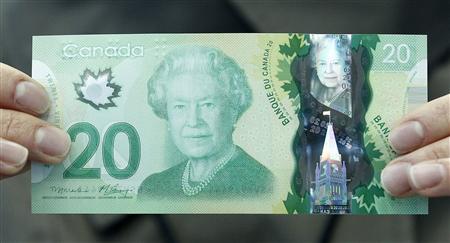 The new Canadian 20 dollar bill made of polymer is displayed at the Bank of Canada in Ottawa in this May 2, 2012, file photo. Canada is known for the sugar maple, emblazoned on its red-and-white flag, but the Bank of Canada has put what one careful botanist says is a foreign Norway maple leaf on its new currency. The untrained eye might not at first spot the difference between the maple leaf on the new $20, $50 and $100 bills and the sugar maple that is endemic to North America. REUTERS/Chris Wattie/Files

The untrained eye might not at first spot the difference between the maple leaf on the new $20, $50 and $100 bills and the North American sugar maple.

But it is clear to Sean Blaney, a botanist who tracks plants for the Atlantic Canada Conservation Data Center in New Brunswick, and who brought it first to the attention of the CanadianBroadcasting Corporation.

“The maple leaf (on the currency) is the wrong species,” he told Reuters on Friday.

The Norway maple was imported from Europe and is now also common in North America. Blaney said it was probably the most popular tree along streets in central and eastern Canada.

“It has naturalized to Canada,” he said. But it’s not the grand sugar maple.

The central bank said the image on the new bills was purposefully designed not to represent any specific species but rather to be a combination of various kinds.

“It is not a Norway maple leaf. It is a stylized maple leaf and it is what it ought to be,” said Bank of Canada currency spokesman Julie Girard.

She said the banknote designers created the image with the help of a dendrologist, a botanist who specializes in trees and shrubs.

“On the advice of this expert, steps were taken to ensure that the design of the leaf in the secondary window is not representative of a Norway maple,” she said, adding that it was less rectangular than a Norway maple.

Blaney is not buying the explanation. “I think it’s just an after-the-fact excuse,” he said.

“That may have been their intention, to not have it be a specific species of maple, but they should have drawn it differently if that were the case, because the maple that they’ve drawn is quite clearly a Norway maple.”

The Bank of Canada had to apologize in August after news broke that it replaced the picture of an Asian lab assistant on its new C$100 banknote with a woman who looked more Caucasian.

Focus groups said Asians should not be the only group represented. Critics then accused the bank of racism. 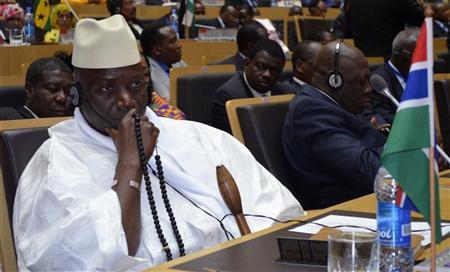 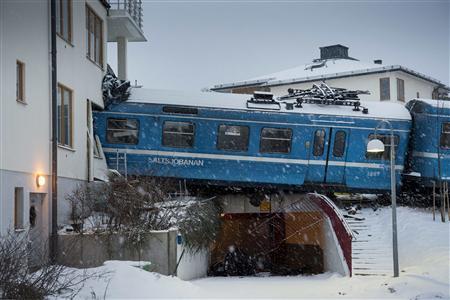