BIRMINGHAM, Ala. (AP) — In a story Aug. 29 about the father of a church bombing victim who was released from prison, The Associated Press erroneously reported the gender of U.S. District Judge Lynwood Smith. Smith is a man.

A corrected version of the story is below:

BIRMINGHAM, Ala. (AP) — A former Alabama politician whose daughter died in a racist church bombing in 1963 was released from a prison medical facility Thursday after a judge sided with an Obama administration call to free him.

The U.S. Justice Department had sought the release of the 87-year-old McNair on grounds of compassion.

In his ruling, Smith said McNair, who was incarcerated at a federal prison medical center in Rochester, Minn., should be released as soon as his health allowed and travel arrangements could be made.

McNair was part of the scandal-plagued Jefferson County Commission that made deals resulting in a then-record municipal bankruptcy over more than $4 billion in debts.

The administration’s request for leniency asked a judge to reduce McNair’s five-year sentence to the time he has served since entering prison in 2011.

The request said McNair’s “serious and declining health problems are extraordinary and compelling reasons” warranting his release, but it did not mention his link to one of the most infamous crimes of the civil rights era.

McNair is the father of Denise McNair, one of the four black girls killed when Ku Klux Klansmen bombed the Sixteenth Street Baptist Church in Birmingham in 1963. A bell from the landmark church was rung at the Lincoln Memorial on Wednesday during commemoration of the 50th anniversary of the March on Washington.

A lawyer for McNair, former U.S. Attorney Doug Jones, prosecuted the last two Klansmen sent to prison for the bombing, then went on to represent McNair during his criminal trial.

Chris McNair became one of the Alabama Legislature’s first black members since Reconstruction when he was elected as a state representative in 1973. He never mentioned his daughter’s death during the campaign.

He later served 15 years on the Jefferson County Commission before resigning in 2001.

McNair was among 21 people convicted in corruption cases linked to a more than $3 billion sewer project in Alabama’s most populous county.

Citing more than $4 billion debts in all, the county filed what was then the largest municipal bankruptcy in U.S. history in 2011. County leaders are still trying to emerge from bankruptcy.

McNair was convicted of bribery and conspiracy to solicit bribes in April 2006, and he later pleaded guilty to soliciting $140,000 in more bribes.

McNair entered prison after losing a bid to remain free because of his age and health. 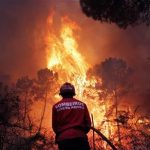 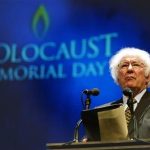 Al-Qaida said to be changing its ways after leaks

Obamacare is on the horizon, but will enough people sign up? 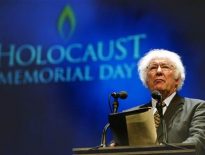 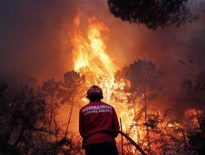