Egypt’s prime minister has arrived in Gaza to show support to Palestinians, after Israel struck at more than 130 targets overnight and militants fired 11 rockets from Gaza.

Hisham Qandil will be in the territory for three hours, and reports say he may try to broker a ceasefire.

Israel says it will suspend fire during the visit if militants stop attacks.

At least 18 Palestinians and three Israelis have been killed since Israel began its offensive on Wednesday.

The Israeli army began an initial draft of 16,000 reservists on Friday, after the government authorised the call-up of 30,000.

The BBC’s Jon Donnison in Gaza says there is not yet any sign of a ground offensive.

Militants and civilians, including at least five children, are among the Palestinian dead, Palestinian officials say.

Two Israeli women and a man died when a rocket fired from Gaza hit a building in the southern town of Kiryat Malachi on Thursday, Israeli officials said.

Israel killed a Palestinian military leader on Wednesday, sparking intense violence and rumours of an invasion.

Explosions continued in Gaza throughout the night, with huge blasts rocking Gaza City as dawn broke on Friday.

Witnesses said parts of the Gaza interior ministry were destroyed in the overnight raids.

Israel said it had targeted dozens of rocket-launching facilities in the territory.

In recent days, militants say they have fired more than 350 rockets from Gaza.

Israel said 130 rockets had been intercepted by its Iron Dome missile defence system.

In Tel Aviv on Thursday, residents took cover after air-raid sirens alerted them to a missile threat for the first time since the Gulf War in 1991.

The armed wing of Islamic Jihad said it had fired an Iranian-built Fajr-5 rocket, which has an estimated range of 75km (45km).

Reports said two missiles had landed near Tel Aviv: one hit an uninhabited area and another is thought to have landed in the sea. 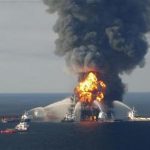 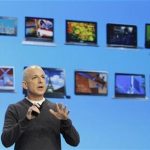 The long and short of Mitt Romney’s VP list

Google’s Schmidt predicts end of censorship within a decade 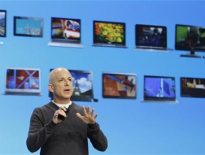 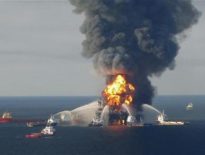