in the long-isolated state.

rule of Myanmar came to an end last year, ushering in a quasi-civilian government with a reform agenda that has stunned the

world and convinced the bloc to suspend most of its punitive measures.

party’s much-criticised refusal to take its parliamentary seats, which has left Myanmar in a political quagmire with no

The sanctions suspension, which Suu Kyi supports, was intended to allow aid and investment in the

resource rich but impoverished country to reward the government for its political and economic concessions, while reserving

the right to re-impose them if the reform process stalls.

Ashton acknowledged there was big interest from European

investors but said firms were taking a cautious approach.

“We recognise this is a journey that’s not finished.

There’s been a lot of interest from the business community, and rightly so,” she told a news conference alongside Suu Kyi at

“They won’t make their decisions today, they’ll look at the investment potential and

opportunities and that needs to be done properly. I hope we’ll see all the elements come into place and make it an

irreversible process that can move forward. Much needs to be done.”

Western powers to capture influence and strengthen commercial ties with Southeast Asia, a region with a combined economy of

more than $2 trillion dollars that plans to establish an EU-style economic community by 2015.

untapped natural resources and take advantage of its strategic location, sandwiched between heavyweights China and India and

a gateway to the fast growing economies of ASEAN.

While investment in the former British colony is still seen as

risky, it is rich in oil, gas, teak and gemstones, with huge tourism potential and urgent needs for financial services, new

roads, hotels and railways and a proper telecoms infrastructure.

Suu Kyi was also tight-lipped about the impasse

between the NLD, the government and the fledgling parliament over a vow lawmakers must take to “safeguard” the constitution,

political stake and wants the oath changed, but what started as a quibble over a word has mushroomed into what European

diplomats say could become a protracted stalemate that no one wants, and no one quite knows how to resolve.

refused to say what the NLD’s next move would be and appeared to play down the urgency of the situation.

solve it in the best way possible,” she said. “We’re not at the point yet, it’s a bit premature to start this kind of

rulers try to navigate through huge challenges ahead and maintain the pace of reforms, of which parliament is seen as a

Ashton is expected to raise the issue during talks on Monday with Htay Oo, the secretary-general of

the USDP would not support the NLD’s demand.

She will open an EU office in Yangon on Saturday, the bloc’s first

diplomatic presence in the country, then spend the next two days in the remote capital Naypyitaw, meeting President Thein

Sein and other moderates seen behind the reforms, including lower house speaker and power-broker Thura Shwe Mann and Railways 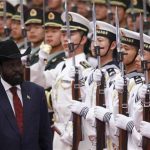 Kiir, back from China, says Heglig belongs to S.Sudan 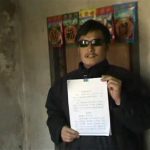 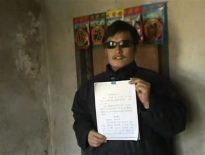 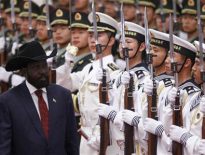 Africa Kiir, back from China, says Heglig belongs to S.…