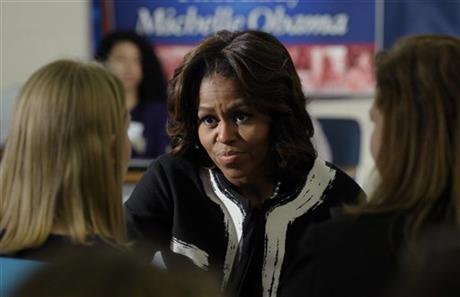 First lady Michelle Obama speaks to students at T.C. Williams High School in Alexandria, Va., Wednesday, Feb. 5, 2014, during a workshop to help students fill out the Free Application for Federal Student Aid. Mrs. Obama told students that filling out the FAFSA is a pivotal step toward finishing their education beyond high school. (AP Photo/Susan Walsh)

The first lady said Wednesday that filing the form is an important first step for students who want to finish their education but that too many of them don’t bother to apply for billions in assistance because they wrongly think they can’t afford to pay for college.

Changes to the application process under the Obama administration have made filling out the form quicker and easier, she said, meaning there’s now no reason not to file for some of the $150 billion in loans and grants the federal government makes available annually through the Education Department.

Fill out those forms. Fill them out! Mrs. Obama said at a workshop at a Northern Virginia high school where seniors and their parents were getting help filing the Free Application for Federal Student Aid, or FAFSA. Parents, don’t leave money on the table. Fill out the form.

The Education Department says more than 1 million high school seniors, about half of all seniors, do not file the application. The figure includes many students who would be eligible for Pell Grants — money that does not have to be repaid.

Since 2009, the administration has simplified online filing by cutting the number of questions asked, using intuitive software that lets students and parents skip questions where the answers are known and making it possible to download financial information straight into the form from the IRS website.

Education Secretary Arne Duncan, who appeared with Mrs. Obama, said the changes have cut the filing time to less than 30 minutes, down from more than an hour for the 2009-2010 application season. He said that means there is simply zero reason not to file the form.

Mrs. Obama’s appearance at the workshop is part of her new focus on encouraging teens to pursue a college education, particularly those who come from families with modest financial means, like her own family. She’s also been trying to inspire young people by sharing her personal story of overcoming obstacles to getting her college education, including teachers who she says told her she was setting her sights too high.

Mrs. Obama has degrees from Princeton and Harvard Law School.

The White House also released a brief video of the first lady extolling the benefits of education and how it created opportunities for her. She talks about persevering despite feeling overwhelmed, worrying about whether she was smart enough and being unsure of how to pick her classes.

No matter where you come from or how much money your family has, I want you to know that you can succeed in college and get your degree and then go on to build an incredible life for yourself, Mrs. Obama says in the video. That’s been my life story and my husband’s as well. 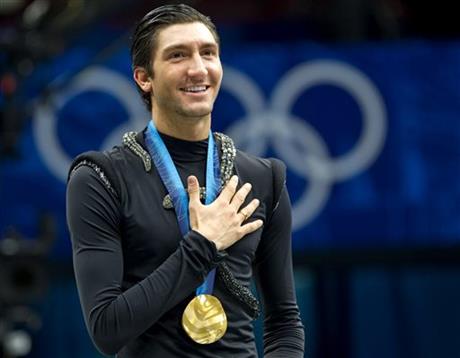 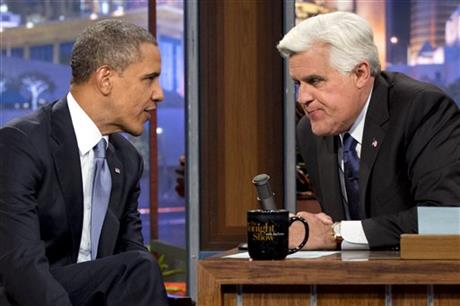