(Reuters) – Investigators sought clues on Monday to what prompted British-born filmmaker Tony Scott to take his own life in Los Angeles, while much of Hollywood focused on conflicting media reports about whether he was suffering from brain cancer.

Scott, director of such blockbuster films as “Top Gun” and “Beverly Hills Cop II,” jumped nearly 200 feet to his death on Sunday from a suspension bridge over Los Angeles Harbor, leaving behind a suicide note in his office and a list in his car of people to contact, authorities said.

Medical examiners on Monday performed an autopsy on Scott, whose body was recovered from the harbor nearly three hours after he jumped in, said Ed Winter, assistant chief of the Los Angeles County Coroner’s Office.

He said results of the exam likely will be kept confidential until toxicology and other tests are completed. A coroner’s spokesman said that could take four to eight weeks.

Winter said he could not confirm an ABC News report that said Scott, the younger brother of director and three-time Oscar nominee Ridley Scott, had inoperable brain cancer. The report cited an unidentified source close to Scott.

The celebrity news website TMZ.com reported later on Monday that Scott’s wife had told investigators that rumors of an inoperable brain cancer were “absolutely false,” though TMZ did not specify the origin of its account.

Asked whether the suicide note found by friends in Scott’s office or any other writings referred to an illness, Winter said, “not to my knowledge.” Authorities have not disclosed the content of the note.

Winter also said investigators had no theories about what led Scott, who was 68, to kill himself.

Witnesses reported seeing Scott stop his car at about the midway point of the bridge shortly after noon on Sunday, climb a fence along the edge of the span and leap into the water, coroner’s officials said.

His body was recovered from the water about three hours later.

California transportation officials said the center of the span, its highest point, is about 185 feet above the harbor surface, and the fence at that point, installed in the 1970s to keep debris from falling into the channel, is 18 feet tall.

Members of the film industry expressed shock at the death of one of Hollywood’s most prolific and bankable producer-directors with reactions from Tom Cruise, Ron Howard and others.

Cruise, who shot to stardom in Scott’s 1986 fighter-jet adventure “Top Gun,” described the director as “my dear friend” and said in a statement: “I will really miss him. He was a creative visionary whose mark on film is immeasurable.”

Cruise was reported by Hollywood trade paper the Hollywood Reporter to be working with Scott on plans for a “Top Gun” sequel and toured a naval air station in Nevada late last week with the director as part of their research for the movie.

Gene Hackman, who starred in Scott’s 1998 spy thriller “Enemy of the State” and his 1995 submarine drama “Crimson Tide,” remembered him as “always sensitive to the needs of an actor. We’ve lost a wonderful, creative talent.”

MAN IN THE RED CAP

He built a reputation for muscular but stylish high-octane thrillers that showcased some of Hollywood’s biggest stars in a body of work that dated to the 1980s and established him as one of the most successful action directors in the business.

Other directing credits include the 1990 racing drama “Days of Thunder,” which also featured Cruise; “Crimson Tide,” co-starring Hackman and Denzel Washington; “Enemy of the State,” which paired Hackman and Will Smith; and 2001’s “Spy Game,” which teamed Robert Redford and Brad Pitt.

Washington became Scott’s most frequent star, appearing in four other films including a 2009 remake of subway hostage thriller “The Taking of the Pelham 1 2 3,” co-starring John Travolta, and the 2010 runaway-train blockbuster, “Unstoppable.”

Scott got his start making TV commercials for his older brother’s London-based production company, Ridley Scott Associates, and moved into movies for television and film.

The brothers later formed a film company, Scott Free Productions, that made many of their films and TV shows.

The two were executive producers of two successful prime-time television dramas, “Numb3rs,” which ran on CBS from 2005 to 2010, and “The Good Wife,” which is still on CBS.

Filmmaker Richard Kelly, who wrote the screenplay for Scott’s 2005 film “Domino,” joined the thousands of online tributes on Monday.

“Working with Tony Scott was like a glorious road trip to Vegas on desert back roads, a wild man behind the wheel, grinning,” Kelly said.

Kevin Costner, who worked with Scott on 1990 movie “Revenge” said: “Tony was one of the good guys. He was a man’s man who lived life as hard and as full as anyone I’ve ever met but there was always a sweetness to his toughness.”

Actor Val Kilmer, who appeared in both “Top Gun” and the 1993 film “True Romance,” called Scott “the kindest film director I ever worked for,” and U.S. film critic Roger Ebert called him “an inspired craftsman.”

Scott is survived by his third wife, Donna, with whom he had two children.

(Additional reporting by Mike Collett-White in London and Jill Serjeant in Los Angeles; Editing by Vicki Allen and Doina Chiacu) 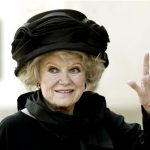 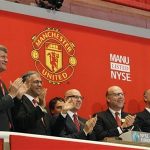 “Brandy” to slip behind bars in Chicago on Broadway in April 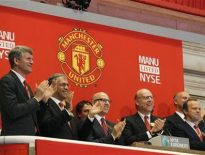 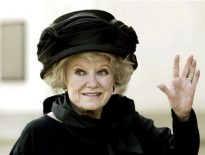