By Lefteris Papadimas and George Georgiopoulos

ATHENS (Reuters) – Greek centre-left parties are poised to back a conservative-led coalition on Wednesday but may hold back from putting their own political leaders into a government that faces grinding battles over the austerity demands of foreign creditors.

Antonis Samaras, head of the centre-right New Democracy party which won Sunday’s elections, is due to meet the heads of the Socialist PASOK party and the smaller Democratic Left after midday to wrap up a deal before the end of the day.

Samaras has a three-day mandate to form a government and must reach a deal before evening or risk returning Greece to the uncertainty which followed an inconclusive election on May 6.

The new government faces immediate pressure to try to soften the bitterly resented austerity measures demanded of Greece under a 130 billion euro bailout deal agreed in March with the European Union and International Monetary Fund.

At the same time Samaras must contain the rising social tensions created by the crisis and hold together a coalition with his traditional rivals in the face of Greece’s most severe economic test since World War Two.

Democratic Left party members endorsed a motion to back a coalition if a final agreement is reached, but according to party sources refused to place senior politicians in the cabinet, a move which potentially weakens their commitment to the new government.

“We are in the final stretch to form a government,” said Democratic Left spokesman Andreas Papadopoulos, adding that the party was still waiting clarification from Samaras on a number of social and labour questions.

PASOK, the former ruling party humbled in the last two elections, is expected to give its backing to its former rival Samaras but may also stop short of sending senior leaders of its own to serve in the government.

Greek media reported that PASOK leader Evangelos Venizelos had clashed angrily with other senior party leaders over his insistence that the Socialists should not put ministers of their own in a cabinet led by the right.

Both centre-left parties could nominate technocrats from outside politics to serve in the cabinet but their reluctance to throw their own weight behind the new government may not augur well for the hard battles ahead.

“It will be a very weak coalition,” said Nikos Konstandaras, managing editor of leading conservative daily Kathimerini, pointing to the decades of enmity between New Democracy and PASOK, the two traditional giants of Greek politics.

Germany, the euro zone’s biggest economy, remains suspicious of Samaras, who switched from opposing the bailout when PASOK was in power to cautious endorsement when the Socialist government began to unravel late last year.

However European Union officials have signalled that some adjustments are likely to a programme that has slipped behind target in the weeks of political uncertainty following the May election and a deeper than expected recession.

Samaras is due to meet Democratic Left leader Fotis Kouvelis at 0930 GMT and PASOK’s Venizelos an hour later, hoping to wrap up a deal and present it to President Karolos Papoulias by the evening.

New Democracy only narrowly beat the leftwing Syriza party that wants to scrap the bailout and negotiate a new programme. With Greek society deeply split, a repeat of the violent anti-austerity protests seen last year is a constant threat.

The conservatives won a 50-seat bonus under Greek electoral law for coming first, and a New Democracy-PASOK alliance would have 162 seats, a majority in the 300-seat parliament. Adding the Democratic Left would give it 179 seats.

The bailout programme has so far kept Greece in the euro but has come at the price of deep spending and wage cuts that have sent unemployment to a record high and deepened a recession now into its fifth year.

Fast running out of money, the new government’s first mission will be to convince officials from the so-called “troika” of European Union, European Central Bank and International Monetary Fund inspectors to sign off on the next instalment of aid from the bailout.

Underlining the rising poverty levels which the new government will have to confront, hundreds of people turned up in Athens to a free distribution of fruit and vegetables by a farmers’ association based on the island of Crete.

“Here we’re seeing middle-class people that we never imagined we would see lining up like that,” Athens mayor George Kaminis told Antenna TV. “But this is the reality.” 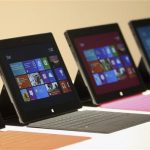 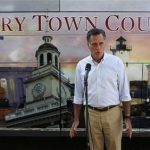 Romney says Rubio is being vetted for No. 2 slot

Gunman dies in hail of bullets as French siege ends

Pope observes Via Crucis on Copacabana 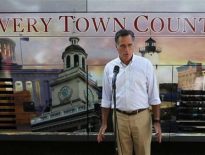 News Romney says Rubio is being vetted for No. 2 slot 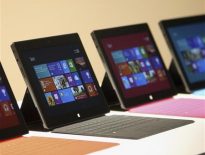