(Reuters) – Indian Prime Minister Manmohan Singh assured migrants from the northeast of the country that they were safe as thousands fled Mumbai, Bangalore and other cities on Friday, fearing a backlash from violence against Muslims in Assam.

Railway authorities have laid on extra trains from Bangalore and other cities for the two-day journey back to Assam, a northeastern state famous for its tea plantations and oilfields. Some media reports said that by Friday as many as 15,000 had left cities in the south and west.

The mass flight by students and workers back to their homes in a far-flung corner of the country was triggered by widespread rumors that Muslims, a large minority in the predominantly Hindu country, were seeking revenge for the Assam violence.

“I assure you … that we will do our utmost to ensure that our friends and our children and our citizens from the northeast feel secure in any and every part of our country.”

Muslims across India have been alarmed by clashes in recent weeks between indigenous people in Assam and Muslim settlers from neighboring Bangladesh. At least 75 people have been killed and more than 400,000 displaced there.

India’s post-independence history has been scarred by tension between religious and ethnic groups, which has sometimes erupted in blood-letting. While local tensions between Hindus and Muslims have often spread across the country, this is the first time that ethnic unrest in the remote northeast has had a domino effect in mainland India.

Two people were killed and dozens wounded last week when about 10,000 people rioted in Mumbai, the country’s financial capital, following a protest by Muslims against the violence in the northeast.

Talk of Muslim revenge attacks has swirled all week, with threats of brutal attacks being carried on social media and mobile phone text messages.

“When we go out at night, then the Muslims threaten us by saying that they will cut us into pieces,” said Raju Kumar, as he waited to board a train to his home in Assam at Mumbai railway station. “They say that you people are threatening us in Assam and killing us there, we will not spare you here.”

Some websites have fuelled communal tension by misusing pictures of Tibetan monks at a funeral service after an earthquake in eastern Tibet in 2010, while writing about violence in Myanmar involving Buddhists and Rohingya Muslims.

“It is the obligation of all of us, regardless of the party, that we work together to create an atmosphere where this rumor-mongering will come to an end,” Singh said.

The police in Bangalore sought to scotch rumors of impending revenge attacks, sending a mass text message that told northeastern citizens: “Do not panic or heed to rumor.”

Majlis-e-Ittehadul Muslimeen (MIM), a Muslim political party in the southern city of Hyderabad, also assured people from Assam and other northeastern states they had nothing to fear.

“People from any part of India are free to live and work in any city in the country. They face no threat here,” MIM chief and lawmaker Asaduddin Owaisi said after a visit to migrant neighborhood of the city.

Analysts say political parties and religious organizations have exploited the tension in the northeast for their ends.

The Hindu nationalist opposition Bharatiya Janata Party (BJP), which has in the past been accused of fomenting Hindu-Muslim violence, blames the Assam riots on uncontrolled immigration into the state from Muslim-majority Bangladesh.

It says the Congress party, which leads the coalition government, allows immigration to win votes from new arrivals.

Hundreds of thousands of people from the poverty-plagued northeast live in the south and west of the country, studying in colleges or working in industries such as construction, restaurants, hotels and security. Media reports said that in Bangalore alone there are about quarter of a million.

Ringed by China, Myanmar, Bangladesh and Bhutan, the northeast is home to more than 200 ethnic and tribal groups. Their facial features make them stand out in other states and many migrants from the region are considered Chinese or Nepali.

Interior ministry officials declined to put a number on the exodus, but in just one city – Pune in the west – railway officials said that at least 3,000 more than usual had taken trains to Kolkata, gateway to the northeast, since Monday.

In Bangalore, railway authorities laid on two extra trains on Wednesday night to take about 7,000 people to Assam. 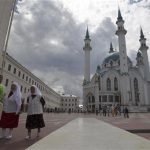 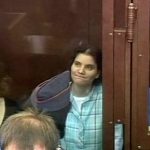 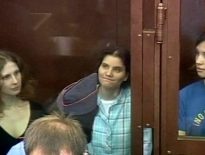 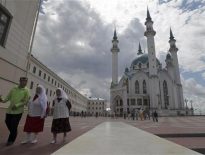