(Reuters) – California’s Democrat Governor Jerry Brown heard a clarion call for his party to take on state pensions in the overwhelming passage of retirement reforms by the second and third biggest cities in the state, San Diego and San Jose. 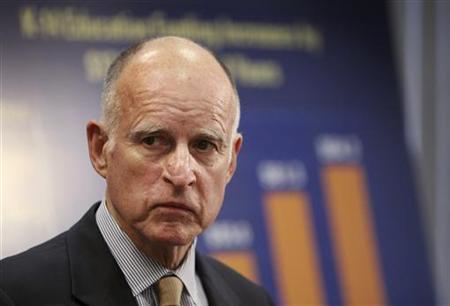 The message did not resonate as strongly in the statehouse where fellow Democrats rule, though.

In California, a reliably blue state, the pensions issue is set to trigger a fundamental struggle within the Democratic Party over what needs to be done and how fast – a struggle that could have national implications as some other states have worse pension funding problems.

The result may be that voters have to force any changes they want through the state’s initiative process.

The liberal capital of the Silicon Valley, San Jose, voted on Tuesday to force employees, including police and firefighters, to pay sharply more for retirement or see a sharp drop in benefits.

More conservative San Diego by a similar margin passed a measure to put new employees on a 401(k)-style plan in which the city guarantees how much it will contribute to retirement plans, not how much retirees will get.

Brown, a restless and unpredictable politician with an independent streak, took the vote as a sign the state was ready to jump on his 12-point plan to narrow a pension shortfall estimated to be as high as half a trillion dollars in a state that has struggled in recent years to close budget deficits.

He would put new state employees on a plan that forces them to shoulder some financial market risk, raise the retirement age – to 67 from as little as 55 for many employees – and raise the financial experience of state retirement boards, among other things.

“The pension vote in San Jose, which is a more liberal city than the state as a whole, is a very powerful signal that pension reform is an imperative. It’s really important,” Brown said in a San Francisco Chronicle video interview.

“Right now, I want to lock this budget down. But people should have confidence that pensions and their reform are on the agenda, right at the top.”

At least part of Brown’s plan would need a statewide vote, however, and the governor has only three weeks to convince the legislature to put a measure on the November ballot – the deadline is June 28.

“I think there’s a pretty strong case to be made for the need for the people to speak on this,” said Marty Morgenstern, secretary of the Labor and Workforce Development Agency, which oversees state labor relations. The budget must be passed first, he said, but “I wouldn’t rule out going to the voters through the legislature. … It would have to be real quick.”

California’s Democratic legislators indicated they did not feel an earthquake coming from San Jose, though, and they are working on a different schedule than Brown.

While Brown emphasizes reform, other Democrats focus on eliminating tricks used to boost pensions – such as working more overtime to boost income in years when future benefits are assessed – and say taxpayer savings must be balanced with ensuring a fair retirement.

“It doesn’t change a thing for me. My opinion is the same. We know we need to get pension reform done before the end of the legislative session and we will get it done,” the head of the state senate, Senate President pro Tem Darrell Steinberg, said in an email statement from his spokesman.

Legislators are discussing a law, not a ballot measure for voter approval, said Warren Furutani, an assembly member who co-heads a joint committee that will craft pension legislation and send it directly to the floors of both houses before the current session ends in August.

He said he had not come to a decision on whether to accept the governor’s “hybrid” plan to share market risk with retirees, and said there was a lot left to do, such as taking care of workers not covered by federal Social Security because of their state government jobs.

Brown is also pushing a temporary tax package that will go before voters in November, and he has argued that his party, which backs the plan, can improve its credibility with voters by moving on pension reform.

That does not fly with all his allies.

“My instincts tell me that it would not be a major boost,” responded Dave Low, chair of the union coalition Californians for Retirement Security. Key proposals by the governor to raise the retirement age to 67 and introduce the hybrid plan are problematic, he said. And while citizen interest in pension reform has risen, it’s still relatively low, he said.

Between the budget and competing issues, there might not be time for pensions. “The thing with Sacramento is there are a lot of urgent issues,” he said in reference to the state capital.

The ultimate response by Brown could be to go straight to the people with a pension initiative, following the path he’s taken this year with a tax ballot measure that avoids the legislature. Low argues that the economy may have improved enough by the time of the next election that pensions will not be as pressing an issue.

Backing a ballot measure in those circumstances would be a waste of time, he said: “I don’t see why somebody would want to pour money into that rat hole.”

San Jose Mayor Chuck Reed, a Democrat, does not expect his party to act. “I personally think they will not do anything. This will happen by statewide ballot initiative,” he said.

Pension shortfalls are huge, but they only capture the attention of voters when costs start to hobble their government. The state’s annual payments are growing from a reasonably small base, but in San Jose, a quarter of the budget now goes to retirement benefits.

Democrats and Republicans alike could not ignore that, Reed said. “In San Jose it was impossible to convince people that this was not a problem,” he said. 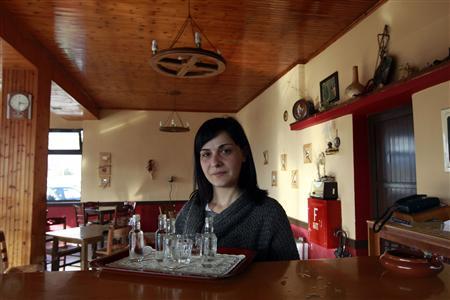 Europe Insight: In Greece, a painful return to country ro… 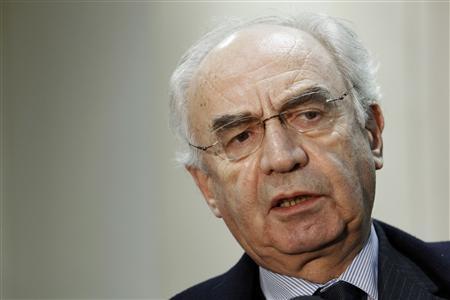