It is the most impressive, powerful and hottest body we can see every day; even at night, it’s power is not diminished since its reflection bounces off the moon. The Sun is a giant, rolling ball of almost pure energy that sustains life, the planets and itself. The Sun’s size is nearly incomprehensible to the average person: 109 of Planet Earths could fit on the Sun’s surface and more than a million Planet Earths could fit inside it. Size however might be the least interesting aspect or property of the Sun. Many other facts manage to convey not only the mystery of the strange, massive body but also the Universe, in its vast enormity and bizarreness, in general.

The Sun can make things hotter than itself

The Second Law of Thermodynamics is the most famous: that is, to summarise, that differences in temperature, pressure, etc., will eventually be equalised – where the item that is hotter will make other things hotter, higher pressure will move toward an area with less pressure, and so on. We also intuitively understand that hot things will make cooler things hotter.

However, when it comes to the sun, these universal laws appear to have taken leave of their senses.  Known as the sun’s coronal heating problem, when heat leaves the sun, these laws break down for a few hundred kilometres, and science can’t quite figure out why.

Imagine you turn on a heater. This bizarre phenomena is the equivalent of the air around the heater being hotter than the heater itself: it makes no scientific sense. It’s the only known demonstration scientists have seen of this breakdown and they still don’t know why it happens.

This has scientists worried: How universal can a law be when it apparently breaks down within our own solar system?

Every few years, the Sun flips its magnetic poles. That means, about every 11 years, north becomes south and south becomes north on the Sun. This is the same as the geomagnetic reversals that happen on our planet: however, the last one happened 780,000 years ago. Not 11.

The Sun’s weight can’t be comfortably conveyed. In pounds, the weight is 4.4 with 30 zeros after it. In comparison, our planet, in pounds, weighs 1.3 followed by 25 zeros pounds. Thus, the Sun’s weighs 340,000 Earths.

Interestingly, if you weigh 150 pounds (on Earth), you’d would 4200 pounds on the sun due its gravity.

These are important and fascinating details about the most important body in our solar system, from which all our energy comes from.

Terrence Stoker is a writer and researcher, and has been writing everything from smart energy reports to detailed science articles for years. 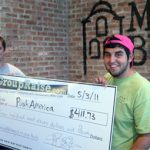 5 Principles For A Profitable Fundraiser 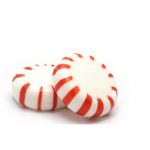 Tending To The Black And Blue

Obama, Romney turn up the tension in second presidential debate

Interesting And Important Facts About The Sun 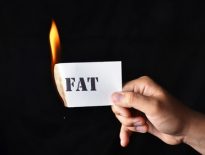