(Reuters) – U.S. Secretary of State John Kerry and Russian Foreign Minister Sergei Lavrov met the United Nations special envoy on Syria in Geneva on Friday as they worked on a deal that could avert U.S. military action.

Lakhdar Brahimi, who acts for both the world body and the Arab League, met Kerry and Lavrov together. He has been trying to broker a political solution to the Syrian civil war. The two powers are trying to flesh out Moscow’s plan to dispose of Syrian President Bashar al-Assad’s chemical weapons.

Damascus formally applied to join a global poison gas ban – a move welcomed on Friday by Russian President Vladimir Putin. He called it “an important step towards the resolution of the Syrian crisis” and added: “This confirms the serious intention of our Syrian partners to follow this path.”

But Kerry underscored that Washington could still attack if it was not satisfied: “This is not a game,” he said on Thursday.

The talks were part of a diplomatic push that prompted President Barack Obama to put on hold plans for U.S. air strikes in response to a chemical weapons attack on civilians in rebel-held suburbs of Damascus on August 21.

The United States and its allies say Assad’s forces carried out the attack with sarin nerve gas, killing more than 1,400 people. Putin and Assad have blamed rebel forces.

The United Nations said it received a document from Syria on joining the global anti-chemical weapons treaty, a move Assad promised as part of a deal to avoid U.S. air strikes.

The move would end Syria’s status as one of only seven nations outside the 1997 international convention that outlaws stockpiling chemical weapons. Other holdouts include neighbors Egypt and Israel, as well as North Korea.

The United States immediately warned Syria against stalling tactics to avoid military strikes. Assad told Russian state television in an interview broadcast on Thursday that he would finalize plans to abandon his chemical arsenal only when the United States stops threatening to attack him.

Kerry expressed some optimism about the talks in Geneva, saying, “We do believe there is a way to get this done” and that the United States was “grateful” for ideas from Russia.

But he and Lavrov differed sharply on U.S. military threats.

“We proceed from the fact that the solution of this problem will make unnecessary any strike on the Syrian Arab Republic,” Lavrov said during the appearance with Kerry.

Along with other world powers, Moscow and Washington see the instability in Syria as fuelling wider security threats, but differ sharply on how to respond. Western powers say that Assad is a tyrant who should be overthrown. Russia, like Assad, highlights the presence in rebel ranks of Islamist militants.

In an audio recording released a day after the 12th anniversary of the September 11 attacks, al Qaeda leader Ayman al-Zawahri referred to Islamist fighters in Syria among other battlegrounds as he urged supporters to carry out attacks in the United States to “bleed America economically”.

“As we defeated it in the gang warfare in Somalia, Yemen, Iraq and Afghanistan, so we should follow it with …war on its own land,” Zawahri said. “These disparate strikes can be done by one brother or a few of the brothers.”

Putin’s Russia has been Assad’s most powerful backer during the civil war, which has killed more than 100,000 people since 2011, delivering arms and – with China – blocking three U.N. resolutions meant to pressure Assad.

“President Obama has made clear that should diplomacy fail, force might be necessary to deter and degrade Assad’s capacity to deliver these weapons,” Kerry asserted.

“Only the credible threat of force – and the intervention of President Putin and Russia based on that – has brought the Assad regime to acknowledge for the first time that it even has chemical weapons and an arsenal, and that (it) is now prepared to relinquish it,” Kerry added.

Kerry said any agreement must be comprehensive, verifiable, credible and implemented in a “timely” way – “and finally, there ought to be consequences if it doesn’t take place.” Kerry called a peaceful resolution “clearly preferable” to military action.

A version of the Russian plan that leaked to the newspaper Kommersant described four stages: Syria would join the world body that enforces a chemical weapons ban, declare production and storage sites, invite inspectors, and then decide with the inspectors how and by whom stockpiles would be destroyed.

Syria has agreed to a Russian proposal that it give up its chemical weapons stocks, averting what would have been the first direct Western intervention in the civil war.

Several U.N. diplomats and a U.N. official told Reuters on condition of anonymity that it was not yet clear that Syria had fulfilled all the conditions for legal accession to the treaty.

“The chemical weapons in Syria are a mere deterrence against the Israeli nuclear arsenal,” Jaafari said as he waved a document he called a CIA report on Israeli chemical weapons.

“And now the time has come for the Syrian government to join the (convention) as a gesture to show our willingness to be against all weapons of mass destruction,” Jaafari added.

Dressed in a white shirt and dark suit and seated in a wood-paneled office, Assad said in his TV interview that Syria opted to cede control of its chemical weapons because of a Russian proposal and not the threat of U.S. military intervention.

Assad said in comments translated into Russian: “When we see the United States really wants stability in our region and stops threatening, striving to attack, and also ceases arms deliveries to terrorists, then we will believe that the necessary processes can be finalized.”

Syria is already bound by the separate Geneva accords that have banned the use of chemical weapons in warfare for nearly a century, but it had never been required before this week to disclose whether it possessed them. Western nations believe Syria has hundreds of tonnes of toxic weapons material.

Assad said Syria would provide an accounting of chemical weapons stocks in 30 days, standard practice under the treaty.

Kerry questioned the offer. “We believe there is nothing standard about this process at this moment because of the way the regime has behaved – not only the existence of these weapons but they have been used,” Kerry said. “And the words of the Syrian regime, in our judgment, are simply not enough.”

Kerry and Lavrov flew to Geneva with delegations of chemical weapons and nonproliferation experts to begin to hammer out how to identify, secure and neutralize Syria’s chemical weapons.

A draft U.N. Security Council Resolution submitted by France this week demands that Syria declare its chemical weapons holdings within 15 days, and holds out the threat of sanctions or military force if it fails to disarm.

While the diplomats met in Switzerland, the war ground on relentlessly. Activists said Syrian warplanes bombed one of the main hospitals serving rebel-held territory in the north of the country, killing at least 11 civilians including two doctors.

(Writing by Will Dunham and Alastair Macdonald; editing by Mike Collett-White) 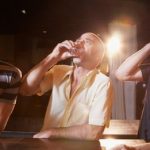 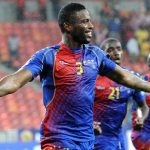 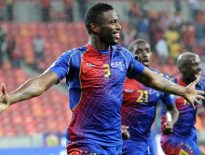 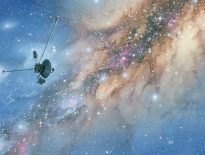