(Reuters) – In the afternoon of March 21, army mutineers stormed the office of Mali’s national cotton company CMDT in central Bamako and fired AK-47 rounds into the air.

When the dust cleared, the soldiers – who were angry about how the government was handling a northern rebellion – realized they had made a mistake: they’d meant to take over the state television headquarters next door. And so they left.

The CMDT’s offices still bear the bullet holes from that day, which marked the start of a crisis in the West African state that toppled an elected president and paved the way for Islamists to wrest control of the north.

But the chaos that erupted in the months since the military staged a coup d’etat has left the country’s twin economic engines – the cotton and gold industries – essentially untouched, in contrast to the vast economic damage caused by coups and conflicts in West African neighbors like Guinea and Ivory Coast.

Africa’s top cotton grower and its third-biggest gold miner behind South Africa and Ghana, Mali is expected to produce more cotton and gold in 2012 than it did last year, helping to accelerate economic growth to around 6 percent and bridge a budget gap left by frozen foreign aid since the coup.

The resilience of the two industries may be small consolation to many ordinary Malians suffering from widespread insecurity and food shortages in one of the worst periods in the country’s history.

But it is a relief to an interim government seeking to fund what is likely to be a costly and prolonged recovery, as well as the millions of agriculture workers and handful of international mining investors who depend on them for their livelihoods.

The situation is largely a trick of geography. Most of Mali’s plantations and mines are in the south, far from the rebel-held northern desert, and sheltered from political turmoil in the capital.

A vast, remote desert region that has long been cut off from the south by geography, northern Mali is now in the hands of a patchwork of Islamist fighters and the ethnically distinct Tuareg separatists, who have long complained that the central government in Bamako in the south discriminates against them and neglects them.

More than half a million people in the region need aid to cope with rising food prices, collapsed public services and a lack of health care since the crisis started, according to the International Committee of the Red Cross.

Tussles between the transitional Malian government charged with organizing new elections and the military leadership, which seems reluctant to cede control, continue to bog down schemes to dislodge al-Qaeda-linked rebels.

But in the south these disputes have limited themselves to politics, not economics.

“The cotton sector has not felt any direct impact from these events,” CMDT CEO Salif Abdoulaye Cissoko said in an interview at the company’s headquarters.

Cissoko estimated the cotton seed crop in 2012-2013 at a minimum of 500,000 tonnes, up 50,000 tonnes from the year before thanks to the good seasonal rains boosting all of Mali’s agricultural sector, which including cotton farmers accounts for roughly 70 percent of the country’s labor force.

Gold production, which provides about 15 per cent of Mali’s GDP, has stabilized as well.

The days following the coup saw a sharp drop in the stocks of Canadian and South African firms operating in Mali like Randgold, AngloGold Ashanti and Avion Gold Corporation. But the sector has since rebounded and 2012 national gold output estimates stand at 50 tonnes, said consultant Alhousseini Abba Maiga, against 43 tonnes in 2011.

“The immediate effect of the coup d’etat was felt at the stock market, and a few weeks after we noted a recovery that was quite reassuring,” said Maiga, a consultant to Canadian and South African mining companies. “Ultimately the crisis was not as bad as people thought.”

A 2008 coup in Guinea, by contrast, triggered a steep decline in bauxite exports from the No.1 world supplier of the raw material in aluminum. A civil war in Ivory Coast last year shut its port for months and ground the economy to a temporary halt.

The crisis in Mali has complicated travel, particularly in the north, but the roads south to the coast are unobstructed, allowing free movement of the country’s exports.

While Mali’s economy has proven more robust than some anticipated, there are worries that if the country can’t solve its political and security problems soon, a decline in foreign aid and new investment will accelerate.

The caretaker government in June said it expected a revenue shortfall of more than $1 billion due to suspended budget support from foreign partners like the United States and the European Union since the coup.

And while gold mines that were already in production or slated to go into production before the coup are going ahead, publicly listed exploration companies have all but abandoned Mali because of the inability to attract investment from Canada and the United States due to perceived security problems.

“We’ve seen the most problems with exploration companies, because these companies need foreign investment. And when investors are cautious, naturally this will have an immediate impact on exploration,” Maiga said.

The CEO of one joint Malian-Canadian exploration company that recently decided to shut its operations in Mali said that foreign investors have backed off new exploration projects since the coup.

“In a country like Mali, where a coup d’etat happens, and half of the country is controlled by rebels, people will not have confidence to invest,” said the executive, who asked not to be named. “Mali is not credible for investors any more, and we can’t really work.”

Randgold, the most bullish miner operating in Mali, has repeatedly brushed off those concerns.

“Our operations in Mali performed as planned despite the challenges… We have had no threats from anybody around disrupting our business,” Randgold CEO Mark Bristow said in a recent earnings conference call, speaking from the United Kingdom.

Mali’s tourism industry, concentrated in the areas around Mopti region, which today forms the border between government and jihadist-held territory, was already in decline before the coup over security concerns, and has now completely collapsed.

Tourism provided about 5 percent of Mali’s GDP before the security crisis, according to USAID.

Djenne, a UNESCO World-Heritage site famous for its Sudanese-style architecture, has received less than 20 international visitors since February, compared to the more than 30,000 tourists who arrived in its best year in 2005, said Amadou Kouressi, director of the tourism board in the city. 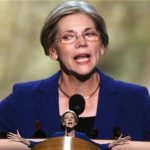 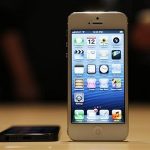 Hilary Swank fights for animal rights in Bucharest and stateside 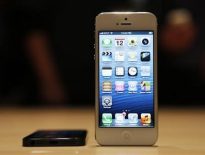 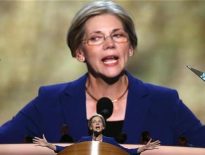