(Reuters) – International military intervention to oust Islamist militants from northern Mali is almost inevitable, the U.N. peacekeeping chief said on Wednesday, but he said no action was likely for almost a year. 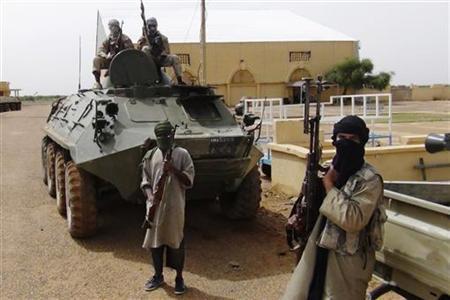 The fall of the vast desert region to various Islamist groups, including al Qaeda’s North African wing AQIM, has created a safe haven for militants and international organized crime, raising fears of attacks in West Africa and Europe.

African leaders are seeking a U.N. mandate to dispatch a mainly West African force of about 4,000 troops to Mali tasked first with rebuilding its army and then launching an operation to help wrest back the north.

“Even if there were a consensus for a political solution, it’s probable, if not certain, that in the end there will be have to be a military operation,” Herve Ladsous said.

Ladsous said the time required to rebuild the Malian army, which was in an “advanced state of decay”, weather conditions and the need to first pursue peace talks with some of the militant groups, meant the operation was unlikely to happen soon.

“Nothing could be done before September, October,” he told a conference in Paris.

France, which has seven nationals held hostage in the desert region, is the most vocal Western backer of military action.

U.N. Secretary-General Ban Ki-moon has said the plan drafted by African leaders is incomplete, leaving open questions about how the force would be trained, led and equipped.

“It won’t be a peace operation,” Ladsous said. “It will be a war operation and that poses difficulties to the U.N.’s way of thinking.”

The U.N. Security Council held a meeting on Mali on Wednesday. France wants it to adopt a resolution by December 20 mandating the deployment of the African Union mission.

A Western diplomatic source said Paris and Washington were likely to disagree over the resolution.

Washington, which spent years working with Mali’s army, advocates a cautious approach. It has said any military intervention should wait until after elections in order to strengthen the political leadership in Bamako.

“The Malians must tell us what they want. (West African bloc) ECOWAS must explain the steps to be taken and the roadmap. There is total confusion,” Deby said.

A Malian government delegation met for the first time on Tuesday with two of the northern rebel groups, agreeing to negotiate an end to the crisis.

The talks in Burkina Faso involved the separatist Tuareg MNLA, which led the initial revolt in April, and al Qaeda-linked Islamist group Ansar Dine, which quickly hijacked the movement.

However, even if the government can reach an accord with these two groups, the more extreme AQIM and fellow Islamist group MUJWA look unlikely to yield.

In a video this week, AQIM’s chief warned France and its “crusader” allies against launching an intervention in Mali.

“Hollande has chosen … to put your children at risk,” Abdelmalek Droukdel said. “We are fighters and have the experience to ensure a lasting conflict.” 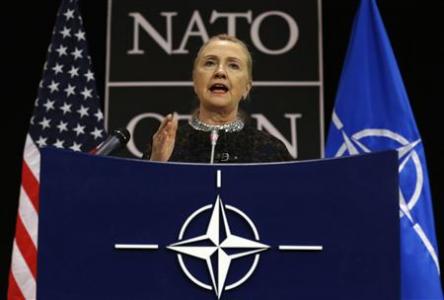