U.S. President Barack Obama commuted prison sentences for 61 non-violent drug offenders on Wednesday and the White House said he hopes to issue more pardons and commutations during his remaining months in office.

Obama has pushed to reform the U.S. criminal justice system to reduce the number of people serving long sentences for non-violent drug crimes, a rare area where the Democratic president has garnered support from Republican lawmakers.

It does not make sense for a non-violent drug offender to be getting 20 years, 30 years, in some cases life in prison. That’s not serving anybody, Obama said after lunch with several people whose sentences had been commuted.

Obama has now commuted 248 sentences, which the White House said was more than the previous six presidents combined. More than a third of those commuted on Wednesday were life sentences.

Throughout the remainder of his time in office, the President is committed to continuing to issue more grants of clemency as well as to strengthening rehabilitation programs, White House counsel Neil Eggleston said in a statement.

Over a burger, Obama talked with four women and three men whose sentences were commuted about what it was like to get a second chance.

He highlighted the story of Phillip Emmert, convicted in 1992 on a charge of conspiracy to distribute methamphetamine.

Emmert, who wiped back tears as Obama told his story, served 14 years before then-President George W. Bush commuted his sentence in 2006. Emmert got clean from drugs, took job training in prison and now maintains air-handling systems at the Veterans Affairs Medical Center in Iowa City, Iowa.

It is my strong belief that by exercising these presidential powers, I have the chance to show people what a second chance can look like, Obama told reporters.

The Justice Department launched a program in April 2014 to identify prisoners serving time for crimes they were sentenced for under laws that have since been changed to carry less severe punishments.

Applicants qualify if they have no record of violence, no significant ties to a gang or drug cartel, have been in prison at least 10 years and have demonstrated good behavior.

Efforts on Capitol Hill to change laws to reduce mandatory minimum sentences for non-violent drug offenders have stalled amid the race for the Nov. 8 presidential election.

Obama said he was still hopeful Congress would act before he leaves the White House in January, praising the efforts of Republican Speaker Paul Ryan in the House of Representatives. 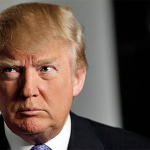 Trump sounds off on abortion; criticism comes from all sides 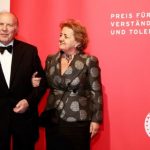 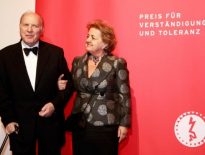 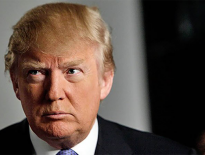 News Trump sounds off on abortion; criticism comes from…