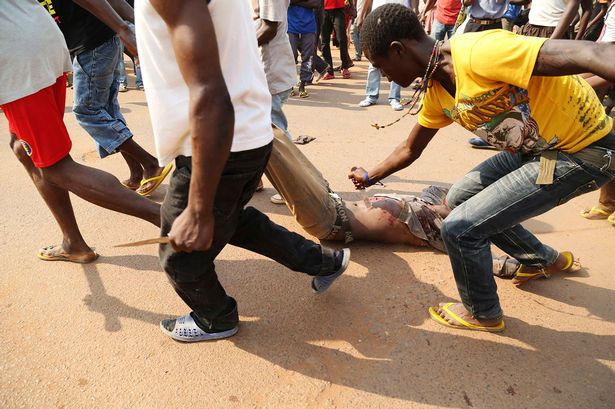 These are the moments a vicious cannibal – dubbed Mad Dog – prepares to eat the body of a lynched man … for the second time.

Dressed in a bright yellow tee-shirt Mad Dog, whose real name is Ouandja Magloire is seen cutting a piece of the dead man’s body.

He then licks the blood from the knife.

The horrific scenes are took place yesterday in the Central African Republic capital of Bangui.

He was wearing the very same t-shirt when he carried out a similar attack last week.

This latest attack shows the body of a murdered Muslim man being pulled through the streets after he was captured and killed by a baying Christian mob.

After the first cannibal incident Magloire said he was seeking “revenge” for the murder of family members.

He said he had been “angry” because Muslims killed his pregnant wife, his sister-in-law and her baby.

He said: “They broke down the door and cut my baby in half.

“I promised I would get my revenge.”

He described how he had seen his victim sitting on a minibus and decided to follow him.

He was joined by around 20 people who became a baying mob.

They forced the bus driver to stop and dragged the Muslim man out on the street, where he was beaten and stabbed before being set on fire.

He said: “I stabbed him in the head.

“I poured petrol on him.

“Then I ate his leg, the whole thing right down to the white bone.

According to eyewitnesses, no-one tried to intervene.

Over the past year, tit-for-tat violence, rape and looting have led to the deaths of thousands of people.

He warned both sides that: “the holiday is over the chaos is over, the pillaging is over, the revenge is over.”

Since March 2013 terrible religious sectarian violence has been on the increase. Rebels installed the country’s first Muslim leader in but Michel Djotodia stepped down as president last Friday.

About 20% of the country’s 4.6 million population are said to have fled their homes, leading to warnings of a humanitarian catastrophe.

Some of the fighting appears to have eased after rival militiamen laid down their arms in a truce brokered by the French army.

Hundreds of Christian soldiers who joined anti-balaka groups or deserted after the rebel takeover on Monday turned up for duty following an appeal from the chief of staff.

CAR has huge deposits of gold, diamonds and other minerals but has seen a succession of coups and rebellions since independence from France in 1960 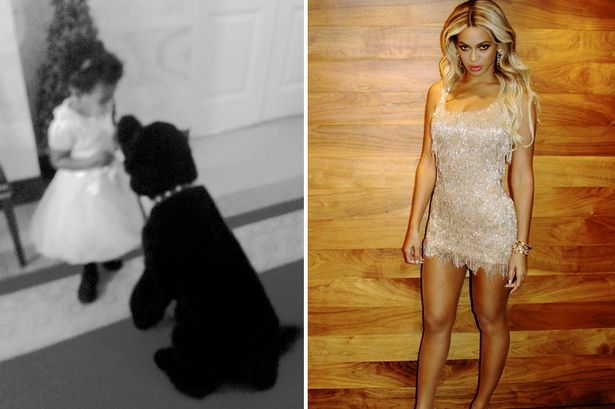 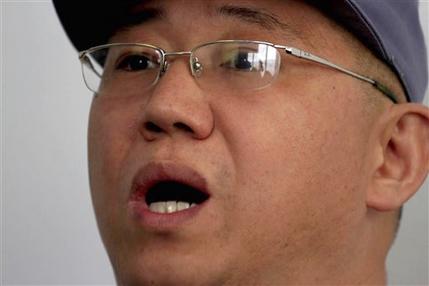