(Reuters) – An elite U.S. interrogation team gave up questioning an alleged al-Qaeda militant who was snatched in Libya after he stopped eating and drinking regularly, exacerbating pre-existing health problems, U.S. officials familiar with the matter said. 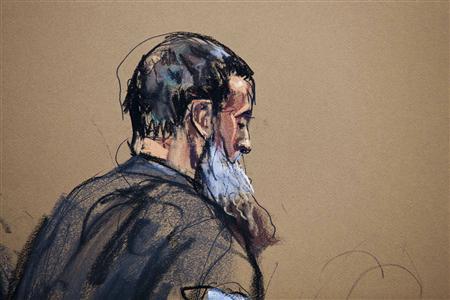 A courtroom sketch shows Nazih al-Ragye known by the alias Abu Anas al-Liby as he appears in Manhattan Federal Court for an arraignment in New York, October 15, 2013. REUTERS/Jane Rosenberg

One official said that U.S. interrogators had little success in extracting intelligence from the suspect, known as Abu Anas al-Liby, before they stopped questioning him while he was detained on board a U.S. Navy ship.

Al-Liby, whose real name is Nazih al-Ragye, pleaded not guilty in a federal court in New York on Tuesday to involvement in the 1998 bombing of the U.S. Embassy in Kenya, which killed more than 200 people.

A Delta Force special team snatched him in Tripoli earlier this month and he was taken to the USS San Antonio in the Mediterranean Sea for questioning.

As his health deteriorated, U.S. authorities decided to fly al-Liby to New York last weekend, where he was taken to a hospital. After two nights in-patient treatment, he was released to judicial authorities.

Upon arrival in the United States, al-Liby became subject to the rules of the civilian American court system. That means he can no longer be interrogated without being advised of his constitutional right to avoid incriminating himself.

Last week, U.S. officials said one of the main reasons commandos staged a risky raid to capture al-Liby was so the United States could gather intelligence from the former senior operative of the core al Qaeda organization founded by Osama bin Laden.

An interagency team created by the administration of President Barack Obama, the High-Value Detainee Interrogation Group (HIG) was deployed to the Navy ship.

At the time of his capture, U.S. officials said the plan was to keep al-Liby on board the ship for weeks so the HIG could extract as much intelligence as possible about al Qaeda plans, personnel and operations.

“Why did we get him if not to make him talk,” said one U.S. official, who confirmed that initial indications were that the interrogation of al-Liby had produced few results.

Officials who asked for anonymity when discussing sensitive information said that al-Liby, whose family has said he suffered from Hepatitis C, stopped eating and drinking regularly once on board the ship.

One U.S. official described al-Liby’s fasting as “willful,” and a second official said he might have been avoiding food and drink for religious reasons, rather than as a protest. He was also suffering from other, unspecified health problems.

U.S. officials said al-Liby remained a significant figure in al Qaeda. He served as a liaison between militant groups in Libya and North Africa and Ayman al-Zawahiri, the Egyptian physician who now leads what remains of al Qaeda’s core organization based in Pakistan, U.S. officials say.

In the wake of the September 11, 2001 al Qaeda attacks on New York and Washington, the U.S. government offered a $25 million reward for information leading to al-Liby’s capture. Later, however, the reward was reduced to $5 million.

Some U.S. officials and counter-terrorism experts say the 80 percent drop in the price on his head raised questions about how big a role he recently played in Qaeda activities.

“The apprehension of al-Liby is not a matter of neutralizing any current threat but instead of seeing justice done to anyone involved in any aspect of the bombings of U.S. embassies in 1998,” he said.

Last year, a Pentagon counter-terrorism unit, in partnership with the Library of Congress’ Congressional Research Service, described al-Liby in a report as an “al Qaeda trained intelligence specialist” who had been tasked by al-Zawahiri to create and al Qaeda network in Libya.

It added that al-Liby is “most likely involved in al Qaeda strategic planning and coordination” between what remains of the group’s top leadership and Libyan Islamist militias.

However, U.S. criminal charges against al-Liby relate to an event which occurred 15 years ago: the al Qaeda bombings of U.S. embassies in Kenya and Tanzania. Court records indicate U.S. evidence regarding al-Liby’s role in the bombing largely relates to actions he took 20 years ago.

In the months before September 11, 2001, federal prosecutors in Manhattan put on trial a handful of suspects indicted and captured in connection with the 1998 Embassy bombings.

The principal government witness who testified about the alleged role of al-Liby in the bombing conspiracy was a Moroccan al Qaeda recruit named L’Houssaine Kerchtou.

Kerchtou, who joined the U.S. witness protection program, described in court how al-Liby once had instructed al Qaeda recruits on computer usage at training camps in the Afghan-Pakistan border region.

According to Kerchtou’s testimony, around 1993, Al-Liby was observed taking pictures of buildings near the American Embassy in Nairobi which was bombed five years later.

Not long after the picture-taking allegedly occurred, however, al-Liby and his family moved to Britain, where, in a raid on his apartment in Manchester in 2000, police found what was described as a military training manual for militants.

By the time of that raid, however, al-Liby had already left Britain. Sometime after September 11, 2001, he turned up in Iran. In an interview with the Daily Beast website, relatives claimed he spent years in prison there, before making his way back to his native Libya around the time Libyans began an uprising which ousted longtime ruler Muammar Gaddafi. 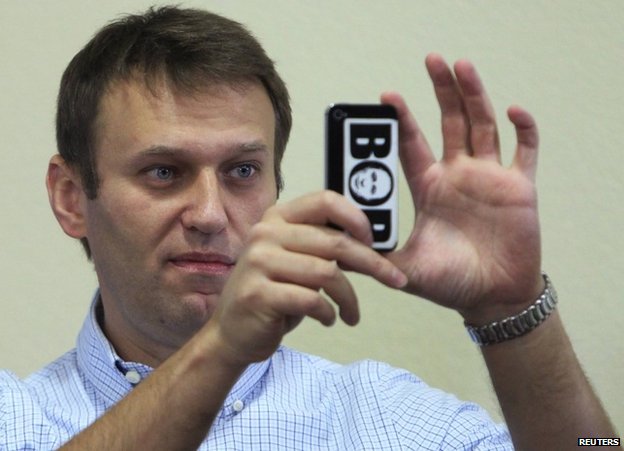 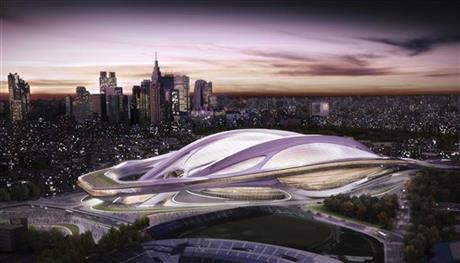