(Reuters) – Republican women attending the national convention this week are fed up with talk that their party is waging a “war on women,” and some say it doesn’t help that a few Republican men keep talking about abortion, rape and contraception.

“Why are men discussing this? That would be my question,” asked Mary Anne Carter, policy director at YG Network, a conservative-leaning non-profit group running the “Woman Up!” pavilion at the Republican National Convention in Tampa.

“At the end of the day, this election is about the economy.”

Republican hopes that the convention would focus on jobs and the economy – and their presidential candidate, Mitt Romney – were complicated last week when U.S. Representative Todd Akin, a Senate candidate from Missouri, said women’s bodies protect them from becoming pregnant in case of “legitimate rape,” eliminating the need for legal abortions for victims.

“One remark like that can knock everything down…. It’s the rhetoric that upsets people,” Carter said.

Democrats seized on Akin’s comments to contend that his entire party is impossibly hostile to women’s interests.

Akin apologized, but refused party leaders’ demands that he leave his Senate race.

Republican women in Tampa heatedly disputed the Democrats’ charges that their party is unfriendly to women, but rolled their eyes over Akin’s comments – and one in the same vein this week by another Senate candidate, Pennsylvania’s Tom Smith, who compared a relative’s decision to have a child outside marriage to a pregnancy caused by rape.

“That’s old world thinking, where women were submissive to men,” said Sarah Von Dran, 74, from Galveston County, Texas, who retired after a career as a telephone company repair and installation foreman, leading crews of men.

She blasted Akin, saying, “He’s stupid. I wouldn’t even count him as a Republican.”

Democrats have launched a telephone campaign to link at least 20 Republicans in the House of Representatives to Akin as they run for re-election.

They have also used the controversy to highlight the social conservatism of Paul Ryan, Romney’s running mate. Ryan has fought insurance coverage for contraception and co-sponsored a bill with Akin to give “personhood” rights to fetuses.

A CBS News poll released on Tuesday showed Romney leading Obama overall by 1 percentage point, but had women backing the Democrat by 10 percentage points over Romney, and men more likely to support the Republican by 9 points. That amounts to a 19-point gender gap.

Republican women are far more likely to cast their ballots depending on social issues than Democrats and independents. A poll this month for the Lifetime television network showed that 26 percent of women Republicans – compared with 14 percent of all women voters – identify “morality and family values” as the most important issue in determining their vote.

Linda Bean, 71, a delegate from Freeport, Maine, wore a badge reading “Republican National Coalition for Life” as she sat outside the convention hall on Tuesday.

She said she did not like Akin’s remarks, but would not condemn them. “He made an error and he admitted it. He’s a wonderful candidate,” she said. “I’m very deeply conservative.”

Bean, granddaughter of the legendary Maine retailer L.L. Bean, said she did not think the remarks should be held against the Senate candidate – or the party. She attended a fundraiser for Akin last week and donated to his campaign.

Others in Tampa said Akin’s comments would help the Democrats, at least in the short term, as they try to keep the attention off Obama’s record, especially on the economy.

“It’s just a distraction because the president just cannot run on his record,” said Barbara Hickey, who runs an etiquette school in Atlanta. “It’s not going to go away.” 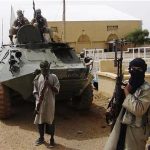 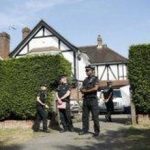 Get Paisley Pretty With Solange Knowles

Some Republican women wish men would just shut up 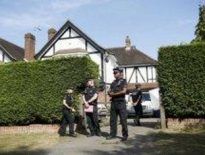 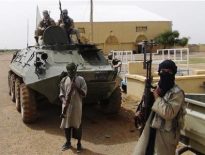