(Reuters) – Protesters trying to topple Thailand’s prime minister marched in Bangkok on Tuesday to drum up support for their plans to bring the capital to a halt next week by blockading major roads and preventing the government from functioning.

Caretaker Prime Minister Yingluck Shinawatra has called an election for February 2 but the protesters, aware she would probably win on the back of support in the rural north and northeast, want her to step down and be replaced by an appointed “people’s council” to push through electoral reforms.

A Reuters reporter said at least 5,000 demonstrators set off from the main protest camp at Democracy Monument in the historic quarter to march over the river to the Thonburi side of the city and back, avoiding the center of the city. Police had no early estimate of crowd size.

The protesters accuse Yingluck of being a puppet of her self-exiled brother and former premier, Thaksin Shinawatra, a man they say is a corrupt crony capitalist who used taxpayers’ money to buy electoral support with populist giveaways.

The protests have been mostly peaceful, although clashes between police and demonstrators outside an election registration venue on December 26 saw scores of people wounded and several shot by mystery gunmen. Four people, including two police, have died as a result of the shootings.

The authorities say 20,000 police, backed up by troops, will be deployed in the streets on Monday, the first day of the planned “shutdown”.

Paradorn did not elaborate on who he meant by “third parties” but violence instigated by either side could trigger intervention by the military to restore order.

“Soldiers will protect important government offices and police will be on the lookout for clashes on the streets. If the situation deteriorates the prime minister can decide a state of emergency … but the decision will be hers alone,” Paradorn said.

Fears of military intervention – in a country that has seen 18 successful or failed coups in 81 years of fragile democracy – are rising. The army ousted Thaksin in 2006 and the top brass is close to the royalist establishment that is backing protest leader Suthep Thaugsuban.

The fears have been fuelled by the military’s moving of tanks and other equipment into Bangkok for an Army Day parade on January 18.

Army chief Prayuth Chan-ocha has tried to keep the military above the fray but some recent comments have been ambiguous.

Asked by reporters about coup talk on Tuesday, he said: “Don’t be afraid of things that have not yet happened … but if they happen, do not be frightened. There are rumors like this every year.”

Thai markets are feeling the pressure. The baht is around a four-year low at 33.10 per dollar and the stock market has fallen nearly 14 percent since the beginning of November, when the protests took off.

Yingluck is refusing to postpone the poll, which she says would be unconstitutional. Any delay would make it hard to run the country since her caretaker administration is not supposed to make policy decisions that commit the next government.

Yingluck enjoyed a relatively smooth two years in office until November, when her Puea Thai Party miscalculated by trying to force through an unpopular amnesty bill that would have nullified a 2008 graft conviction against Thaksin and allowed him to return a free man.

The bill was pulled but still provided the trigger for this latest episode in eight years of political turmoil that pits Bangkok’s middle class, southerners and an old-money oligarchy of royalists, conservatives and generals threatened by Thaksin’s rise against his mostly poor supporters and tycoons who prospered under his rule.

The National Counter Corruption Commission may decide on Tuesday whether to press charges against 381 former lawmakers mostly from Puea Thai for trying to change the constitution to transform the Senate from a semi-appointed to a fully elected chamber – another factor behind the protests – which the Constitutional Court ruled unlawful.

It is unclear what the implication would be for the election from any ruling against the former legislators. 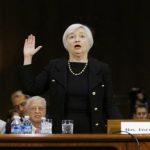 Yellen gets final stamp of approval to head U.S. Fed 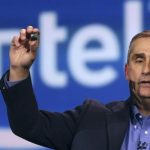 Intel shows off wearable gadgets as chipmaker expands beyond PCs 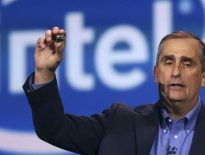 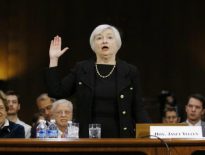