The immigration ruling: a hint on healthcare?

(Reuters) – The Supreme Court’s decision in the Arizona immigration case on Monday showed a conciliatory streak within a divided court that could emerge again when the justices issue their climactic healthcare decision on Thursday. 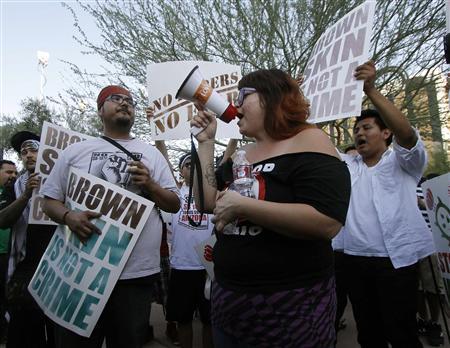 People hold signs as they gather during a protest against Senate Bill 1070 (SB-1070), in front of the Immigration and Customs Enforcement offices in Phoenix, Arizona, June 25, 2012. REUTERS/Darryl Webb

What the Arizona compromise will augur for the most closely watched case of the term is anyone’s guess. Yet the justices’ evident search for common ground in the immigration ruling and a few other cases this term could portend a healthcare decision that does not predictably cleave along political lines.

Monday’s decision, written by conservative Justice Anthony Kennedy and joined in full by fellow conservative Chief Justice John Roberts and – notably – three liberals, struck down most of the Arizona measure intended to drive out illegal immigrants. The court also, as it upheld a controversial requirement for police stops of people suspected of being in the United States illegally, suggested limits on how long people may be detained.

Overall, the judgment was modest, the tone cautious. It underscored the federal role in regulating immigration and largely rejected the effort by Arizona – and, by extension, several other states – to institute sweeping measures to stop people from illegally crossing the border.

The justices’ regard for national authority on dilemmas that cut across state boundaries could end up echoing in the healthcare ruling.

“Both problems transcend states’ borders and are too big for the states to solve on their own,” Duke University law professor Neil Siegel said, stressing that he did not want to predict how the court would rule on Thursday.

Even before the Arizona case, Roberts and some of his colleagues had taken steps to minimize differences based on politics and ideology. Earlier this term the justices issued unanimous, incremental decisions in disputes over Texas voting districts that civil rights advocates said would dilute Latino voting power; over when employees of churches and other religious organizations may sue for bias; and over constitutional safeguards for police use of GPS tracking devices.

While the court did not fully side with President Barack Obama’s administration in the Arizona immigration battle, it gave the Democratic president more than might have been expected. “The case reaffirms the primacy of the federal government over immigration in broad strokes,” said Temple University law professor Peter Spiro.

In narrowly construing the provision requiring police to ask people they stop to verify their immigration status, Kennedy offered an olive branch to the administration and civil rights groups. He warned state authorities not to use the law to delay the release of people or to target minor offenders – for example, jaywalkers who cannot produce identification.

“It would disrupt the federal framework to put state officers in the position of holding aliens in custody for possible unlawful presence, without federal direction and supervision,” Kennedy wrote.

Kennedy also emphasized that the law could be challenged in a future case on other constitutional grounds, such as whether it violates equal protection or due process guarantees. The decision in Arizona v. United States turned on the question of state versus federal power.

The limits Kennedy imposed on police actions likely helped draw the three liberal justices – Ruth Bader Ginsburg, Stephen Breyer and Sonia Sotomayor – to sign on. During April oral arguments they had voiced fears about whether people would be jailed for lengthy periods while police checked with federal authorities on whether a person was in the United States lawfully. (The court’s fourth liberal, Elena Kagan, who previously had been U.S. solicitor general, did not participate in the case.)

Related:  Americans use the Internet to abandon children adopted from overseas
Powered by Inline Related Posts

The immigration and healthcare disputes arose from battles between the Democratic Obama administration and Republican states. Both tested sections of the Constitution dealing with the respective powers of the federal government and states.

There are significant differences between the cases, however. The pending healthcare dispute hinges on congressional authority to regulate interstate commerce. During the arguments over healthcare in March, Kennedy suggested by his questions that the law passed by Congress might go too far.

In addition, the healthcare dispute is far more complicated than the Arizona dispute and less likely to offer an easy route to compromise.

It may also inspire more of the heated rhetoric heard on Monday from one of the three justices who did not sign the compromise opinion.

In an angry dissent from the bench, Justice Antonin Scalia went beyond the case to take a swipe at Obama’s recent order to stop deportations of certain young people.

Based on his past decisions and withering remarks from the bench during oral arguments, it’s almost a foregone conclusion that Scalia would vote to strike down at least the core provision of the healthcare law that requires most Americans purchase to health insurance. Justices Samuel Alito and Clarence Thomas, who wrote separate dissents in the Arizona immigration dispute Monday, are likely to be in that camp as well.

Roberts wrote no separate statement on Monday, a move that showed solidarity with the Kennedy majority. In addition, he likely is focusing on the healthcare dispute to be unveiled Thursday.

While Roberts expressed strong skepticism for the Obama administration’s defense of the healthcare law during the court’s historic three days of oral arguments in March, the chief justice’s remarks taken as a whole, as well as his record on congressional power, defy easy prediction.

One thing is known: Roberts is concerned about the Supreme Court’s place in history. He has spoken about the need to preserve the integrity of the bench in deeply polarized Washington and has touted the value of unanimous or near-unanimous opinions.

In a June 2006 commencement address at Georgetown University law school, less than a year after he had taken the center chair, Roberts said: “If it is not necessary to decide more to dispose of a case, in my view it is necessary not to decide more.”

The immigration ruling: a hint on healthcare? 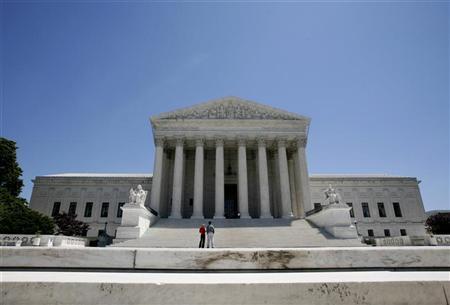 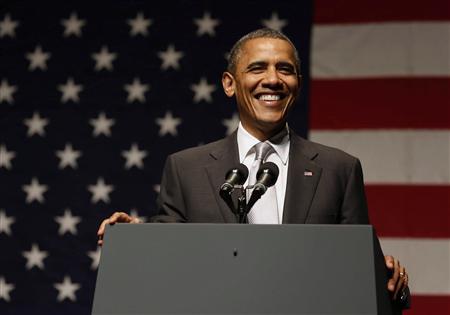