WASHINGTON (AP) — Let’s hear it for the do-over. 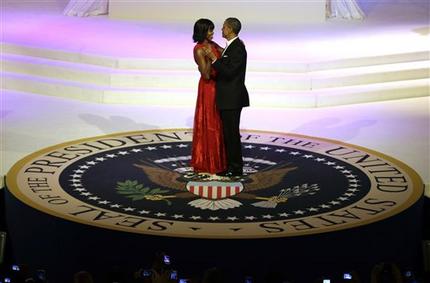 Inaugurations are always moments of great ceremony and pageantry. But, hey, everybody can rel-a-a-a-ax a little the second time around.

After the electric moment of President Barack Obama’s first swearing-in, the second inaugural was just so much more … comfortable.

(Really, Monday was a do-over of the do-over. The actual swearing-in took place a day earlier in a private ceremony at the White House.)

Yup, that was the president chomping on gum – Nicorette, perhaps – as he watched the inaugural parade, while his wife and daughters rocked out in their seats and the girls snapped photos on their phones.

And, yup, there were Sasha and Malia casually chatting with their cousins on the inaugural platform earlier in the day, completely uncowed by the millions watching their every move via Jumbotron and television.

Obama seemed so at eeeeeease.

“You all dress up pretty nice,” he quipped at the end of a long day, when he made a white-tie appearance at the inaugural balls. Then Obama took a turn on the dance floor with wife Michelle, who wore a gown by Jason Wu for the second inaugural in a row.

The inaugural crowds – big, but down considerably from four years ago – knew there was no repeating the raw emotion of 2009, and most people didn’t demand it.

“I just feel so proud,” said Sharon Davis, of Suitland, Md., who attended both.

But the different vibe was palpable.

“Before, it was just so exciting – you could be walking for miles and miles and it didn’t even feel like an effort,” said Katasha Smart of Randallstown, Md.

The sentiment was the same from afar for many.

“We’ve been there, done that in terms of electing the first African-American president,” said Beniam Fantu, 34, speaking from Dallas.

Sure, there were still snags at security checkpoints and Metro stops and the like. There was a smattering of protesters, including an anti-abortion protester up in a tree, and some glitches with the sound system.

But there was no repeat of 2009’s Purple Tunnel of Doom, the underpass where throngs of purple ticket-holders famously were stranded for hours.

Even the weather cooperated – 40 degrees at high noon, up from 28 four years ago.

And for all that was not-so-new, it was still a moment to savor. And Obama did.

As he headed back into the Capitol after the swearing-in, the president pivoted and planted himself to look back at the scene.

Obama, who won’t ever face re-election, felt free to ramp up the inaugural program’s celebrity quotient this time.

Contrast that to four years ago, when the inaugural ceremony included Aretha Franklin but also classical musicians such as cellist Yo-Yo Ma, violinist Itzhak Perlman and others, and the Hollywood types were largely saved for the evening’s balls.

Lots of lessons learned were deployed.

Chief Justice John Roberts, who administered the oath of office to Obama on both occasions, read from notes this time.

In 2009, he’d worked from memory and flubbed the wording, requiring a private do-over the next day.

This time, the only snag in the oath-taking was a little catch in Obama’s voice as he uttered the word “states” in the phrase “president of the United States.”

Even the parade planners learned a thing or two. They made this year’s floats shorter, to improve their turning radius and allow them to move along Pennsylvania Avenue at a faster clip.

Even so, the parade ran long and ended past sunset, well after Mrs. Obama and the girls had bailed out.

Shelia Thomson, of Washington, hung in there to the end – but thought it too much.

“There’s no reason these kids should be participating in the dark,” she said of the marchers.

Some glitches were inevitable.

Malfunctioning speakers made it nearly impossible for the flag-waving fans stuck in the overflow section near the Washington Monument to hear what the president was saying.

“You’re in the IT capital of the world: How can this be so hard?” a frustrated Smart demanded.

But even there, good will was in evidence.

“It does take away from the experience, but it’s so minute, compared to being able to raise the flag for Obama,” said Anna Johnson, who came from Decatur, Ga.

The party scene for this year’s inauguration was more muted: Fewer big names. No concert on the steps of the Lincoln Memorial. Two official inaugural balls instead of 10.

But an expected 40,000 people crammed into the Washington Convention Center for those two balls, and there was still plenty of star power in the entertainment lineup.

Jennifer Hudson sang as the Obamas danced to “Let’s Stay Together.”

The Obamas and Vice President Biden and Jill Biden took a spin on the floor with selected members of the military.

The first lady’s custom ruby-colored gown as well as her Kimberly McDonald diamond-embellished ring and Jimmy Choo shoes will be here and gone – donated to the National Archives after the balls.

Late Monday, Stevie Wonder ran through crowd pleasers such as “My Cherie Amour” and “Signed, Sealed, Delivered” as small groups of fans danced on a big dance floor.

Also performing earlier in the night: Alicia Keys, in a flowing red gown. She planted herself before a piano and dished up reworked lyrics to “Girl on Fire,” declaring, “Obama’s on fire.” Brad Paisley, too, revised his lyrics to fit the occasion, and began by thanking the troops “for keeping us safe.”

That seemed to help make up for the cash bar and measly food – pretzels and snack mix – but it didn’t satisfy everyone.

“You diet for weeks to get into a dress, and then they give you pretzels?” said New York’s Caitlin Kelly, 28. “I’m gonna get tipsy fast.” 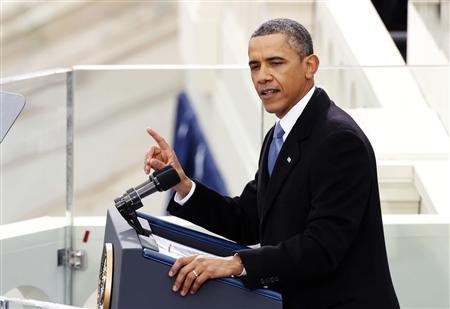 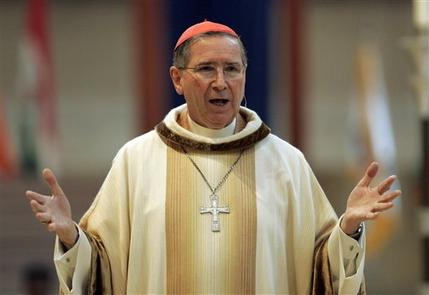