United Nations members voted decisively on Tuesday for a groundbreaking resolution that condemns North Korea for human rights abuses and for the first time recommends the prosecution of its leaders for crimes against humanity at the International Criminal Court.

Outraged and humiliated in a vote that was shown live on the United Nations website, North Korea’s representative called the resolution an insidious plot to destabilize the country by its enemies, notably the United States. The representative, Choe Myong-nam, said the North might conduct more nuclear weapons tests in response.

Mr. Choe, a Foreign Ministry adviser on United Nations and human rights issues, also said the resolution, written by the European Union and Japan and co-sponsored by 62 members, including the United States, was based on a compilation of groundless political accusations and contradictions.

Presented at the General Assembly committee that oversees human rights issues, the resolution was the outcome of a devastating report on North Korean repression conducted by a United Nations panel of experts and published in February.

The resolution passed by a 111-to-19 vote, with 55 abstentions. Approval at a plenary General Assembly session is a formality.

The resolution still faces enormous obstacles because only the Security Council can refer cases to the International Criminal Court. China and Russia, which have veto power on the Council, were among those that opposed the resolution, foreshadowing further diplomatic confrontations. The issue presents a particular quandary for China, which has long been North Korea’s most important benefactor, even while becoming increasingly exasperated with its behavior.

Approval of the resolution by a decisive majority at the General Assembly committee represented a diplomatic slap to North Korean officials, who had campaigned furiously in the preceding weeks to thwart the vote or at least nullify its provision on accountability. That provision had apparently rattled the country’s top echelons, including the 31-year-old leader, Kim Jong-un, grandson of North Korea’s founder, Kim Il-sung.

Theoretically, the resolution means that North Korean leaders could one day be hauled as defendants before the International Criminal Court at The Hague, which was created to provide justice for victims of atrocities, war crimes and crimes against humanity.

Today was a very significant day, and yes, the North Koreans are very genuinely upset over it, said Sue Mi Terry, a senior research scholar at Columbia University’s Weatherhead East Asian Institute and a former intelligence officer with the United States government, who specializes in North Korea. Obviously, Kim Jong-un has a thin skin.

Ms. Terry said a Security Council vote on a referral to the International Criminal Court would put both Russia and China in awkward positions. If they want to be seen defending the human rights record of the worst human rights offender on the planet, let them do so in public and pay a price, she said.

The resolution was the strongest action ever taken by a United Nations body to address documented abuses in North Korea, one of the world’s most isolated and opaque countries.

The North already has a strained relationship with the United Nations over its nuclear weapons activities, which have led to a litany of sanctions.

Mr. Choe, linking the human rights and nuclear issues, had warned other delegations that a yes vote on the resolution could compel his country not to refrain any further from conducting nuclear tests.

He called the resolution confrontational in nature and said it will only result in unpredictable and serious consequences.

The vote came nine months after an investigative panel created by the United Nations Human Rights Commission concluded that North Korea’s leaders could be held responsible for egregious crimes, including widespread killing, starvation and torture in a penal system that has incarcerated tens of thousands.

The panel’s 400-page report recommended that the Security Council refer North Korea’s leaders to the International Criminal Court for investigation and possible prosecution, calling the gravity and nature of abuses in the country without parallel in the contemporary world.

North Korean officials had refused to cooperate with the panel, which interviewed dozens of escapees and refugees and used satellite imagery and other forensic evidence to document a network of prison camps in the country.

In his statement preceding the vote, Mr. Choe said the panel’s work was based on the fabricated testimonies of a handful of defectors who committed crimes and abandoned the country.

Approval of the resolution came after committee members defeated an amendment presented by Cuba, a North Korea ally, seeking to delete the provision on accountability.

Cuba’s delegation said that the provision had been concocted by North Korea’s adversaries, that it would set a dangerous precedent, and that it was a tool to sanction and condemn developing countries. 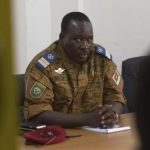 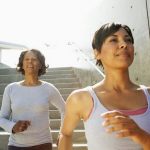 France must not be scared, says in-form Ribery 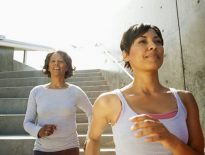 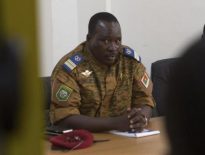