If it clears the Senate, the package would include a new round of stimulus checks and a boost in jobless benefits, among other coronavirus pandemic aid.

After hours of delays, the House passed a $1.9 trillion COVID-19 relief bill early Saturday morning, taking the first step toward delivering another round of stimulus checks, enhanced unemployment benefits, increased child tax credits and an influx of cash for state and local governments.

The House passed the bill almost entirely along partisan lines, 219-212, with two Democrats, Kurt Schrader of Oregon and Jared Golden of Maine, voting no.

The measure will now go to the Senate, where it’s set to pass by a reconciliation process that requires a simple majority. But not before one key provision is stripped.

The Senate parliamentarian ruled Thursday that a section providing for a $15-an-hour minimum wage could not be done through the reconciliation process, deciding that it did not have enough of an impact on the federal budget to qualify. It left that provision subject to a 60-vote threshold.

Democrats have only 50 seats in the Senate ― with Vice President Kamala Harris able to break a tie in favor of the Democrats ― and the $15 minimum wage was already imperiled because of opposition from Sen. Joe Manchin (D-W.Va.). But even though the Senate parliamentarian had ruled that the minimum wage provisions couldn’t be done through reconciliation, House Democrats still included it.

That means the bill will still have to come back to the House for a final vote after the Senate amends the legislation. However, House Speaker Nancy Pelosi (D-Calif.) kept the minimum wage hike in after progressives argued they had already compromised on other items they wanted in the COVID-19 relief bill.

Relief cannot wait, and we’re not going to wait.

Ultimately, the $1.9 trillion package has a number of provisions that progressives love. It would provide a round of $1,400 checks to most Americans. It extends and increases a federal boost to unemployment benefits by $400 a week ― up from $300 ― and provides that extra money until September. It increases the child tax credit to $3,000 for children ages 6 to 17 and raises it to $3,600 for children younger than 6. It also provides $1,400 checks per dependent.

It was that wish list which drew the ire of Republicans. They castigated the legislation as wasteful and argued it was a giveaway to special interests.

Almost every one of this bill’s 592 pages includes a liberal pipe dream that predates the pandemic, McCarthy added.

The ranking Republican on the House Budget Committee, Jason Smith (R-Mo.), argued that only a small portion of the bill went toward vaccines and combating the coronavirus. This is the wrong plan at the wrong time for all the wrong reasons, he said.

Smith and other Republicans argued that the bill was unnecessary because a large portion of the money allocated in previous COVID-19 relief measures still hadn’t been spent.

But that ignores many of the financial challenges that are pressing. And Democrats countered that they had to go big on this bill to meet the current economic challenges.

Pelosi noted that this week the U.S. surpassed 500,000 coronavirus deaths.

These statistics are not just numbers, Pelosi said. They are the lives and livelihoods of our neighbors, family members, friends and loved ones. We are moved to act swiftly to put an end to this pandemic and to stem the suffering felt by so many. 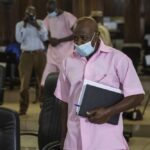 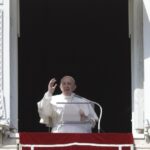 Kate Middleton Vows Topless Scandal ‘Will Be Her Last’ 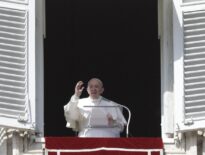 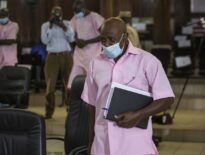