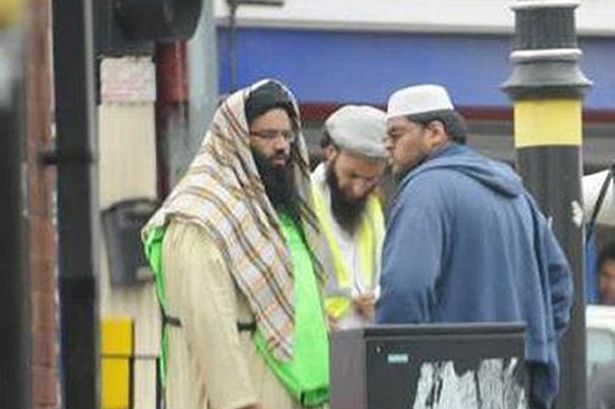 Three would-be bombers were secretly taped boasting about how many innocent people they would kill – as they spoke of their hatred for the British.

And they even hoped to rival the 2001 attacks in New York and Washington that claimed almost 2,000 lives.

But last night the evil trio, all based in Birmingham, faced life behind bars after their deadly scheme was foiled by MI5 and undercover police.

They were found guilty of plotting terrorism after a four and a half month trial at Woolwich crown court in South East London.

Prosecutor Brian Altman QC said the scale of their intended devastation – with up to eight rucksack nail bombs planted in crowded places around the country – was “potentially greater than the London bombings”.

Detectives said the British-born dangermen were “deadly serious” in their twisted determination to kill.

They aimed to use mobile phones to detonate explosives hidden in crowded stations and shopping centres to “take out” as many as they could.

Khalid was secretly taped as he gloated: “This is going to shake them, all the kafir (non-believers) that go to the pub. We’ll hit them in their own country.”

Twenty three stone Naseer bragged that the attacks would be a strike against decadent Westerners who wanted to “have sex like donkeys on the street”.

He added: “They wanna club, act like animals and why shouldn’t we terrorise them, tell me that?

Naseer and Khalid spent 15 months at terrorist training camps in Pakistan and even made chilling martyrdom videos ahead of the planned attacks.

They were kept under close surveillance as they tried to recruit other potential suicide bombers.

Police finally swooped as they tried to build rucksack bombs at a safe house in Birmingham in September 2011.

Naseer was heard criticising the 7/7 bombers saying they had “not done much damage” because they didn’t use nails in their bombs.

He was also recorded saying there would be: “Seven or eight in different places with timers on at the same time – boom, boom, boom!”

Khalid was heard in the car with fellow conspirators joking: “It’s the suicide bombers, driving around England, ready to take on England.”

In a conversation with Naseer as they drove through Birmingham, Khalid also said: “This earth here ain’t ever gonna be the same.

“How these people think that everyone’s gonna be merry, merry… kafir are gonna come and eat and drink here, it’s not gonna happen.

“These people are gonna get killed and that here. There’s gonna be a little war zone.”

Ali even compared the group to the bungling terrorists in Chris Morris’s comedy film Four Lions – but their plans were deadly serious.

Other schemes they discussed included smearing poison onto car doors handles and attaching blades to a car and mowing down pedestrians.

Marcus Beale, Assistant Chief Constable of West Midlands Police, said their targets were thought to be major places of entertainment.

He added: “We knew they wanted to lead a much broader group to commit a series of bombings, probably across the UK.

“They wanted to commit their own 9/11 – to visit murder, injuries and mayhem on innocent people simply going about their daily lives.”

The main players in the plot were trained chemist Naseer – known as Chubbs or Big Irfan – and Khalid, who was nicknamed Little Irfan.

The pair travelled to Pakistan for eight months of al-Qaeda style terror training in 2009.

By 2011 they were already being watched by British security agents, who placed listening devices in their cars and the council house they were using as a bomb factory.

On September 18, MI5 chiefs decided to close the net and the three were arrested as they drove through the city shortly before midnight.

During police interviews, detectives listened in astonishment as Ali spoke openly about his sickening plans.

He said his job was “to put on a jacket (suicide vest) and have a gun” to “shoot people”.

Naseer and Khalid, who met in 2006, were said to have twice travelled to Pakistan for terror training.

But Naseer, was so fat he was unable to lug heavy weapons around and had to stay indoors to hone his bomb-making skills.

The pair’s inspiration was said to be radical Yemeni cleric Anwar Al-Awlaki – who was killed by a CIA drone just weeks after their arrest.

The court heard how the gang lived on benefits and funded their terrorist activities by raking in more than £13,000 in bogus Muslim Aid collections in the Sparkhill area of Birmingham.

Mr Justice Henriques told them they all face life in prison when they are sentenced in April or May.

Six other men have admitted offences in relation to the plot, while another three are awaiting trial.

Irfan Naseer’s fascination for chemistry grew after seeing a massive flame scorch the ceiling in a school experiment.

Birmingham-born, he has a pharmaceuticals degree but lived off benefits.

His bulk meant he couldn’t lug weapons at a jihadi training camp in Pakistan, so he did bomb-making.

Also born and raised in Birmingham, Irfan Khalid has hardly worked a day in his life despite graduating from Solihull College.

His only known job was two shifts as a security guard in 2010.

Unlike Naseer, he was allowed to do physical training in Pakistan but complained about drone strikes.

Dubbed the joker for comparing the group to terrorism comedy film Four Lions.

Said he was pushed to suicide martyrdom by his marriage ending.

Eyesight is so bad he struggles to make out people’s expressions in conversation.

And a botched bid to syringe his own ears blighted his hearing too.

Celebrity Wedding date for Harry and Cressida: Prince and ne… 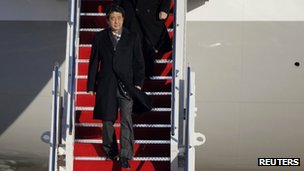