The argument goes something like this: Beyond failing to fix broken immigration laws, Congress hasn’t even provided the government with enough resources to fully enforce the laws already on the books. With roughly 11.5 million immigrants living in the U.S. illegally — far more than the government could reasonably deport — the White House believes it has wide latitude to prioritize which of those individuals should be sent home.

But Republicans, too, are exploring their legal options for stopping Obama from what they’ve deemed egregious presidential overreaching.

While Obama has yet to receive the formal recommendations he’s requested from Homeland Security Secretary Jeh Johnson, administration officials said the president is intimately familiar with the universe of options and won’t spend much time deliberating once Johnson delivers his report.

Obama’s goal had been to announce his decision around Labor Day, before leaving on a trip next week to Estonia and Wales. But a host of national security crises have pushed the announcement back, likely until after Obama returns, said the officials, who weren’t authorized to comment by name and demanded anonymity.

In a sign of how heated the issue has become, protesters demanding Obama halt all deportations mounted a display of civil disobedience outside the White House midday Thursday. Some draped themselves in American flags and held signs saying “I am a witness for justice.” An Associated Press reporter counted roughly 100 protesters being arrested, as onlookers cheered them on with chants of “Yes, we can.”

After resisting calls to act alone in hopes Congress would pass a comprehensive immigration fix, Obama in June bowed to immigration activists and said that “if Congress will not do their job, at least we can do ours.” The most sweeping, controversial step under consideration involves halting deportation for millions, a major expansion of a 2012 Obama program that deferred prosecutions for those brought here illegally as children.

Roughly half a million people have benefited from that program, known as Deferred Action for Childhood Arrivals, or DACA.

But while prosecutors are routinely expected to use their discretion on a case-by-case basis, such blanket exemption of whole categories of people has never been done on the scale that Obama is considering — potentially involving many millions of people if he extends relief to parents of DACA children, close relatives of U.S. citizens or immigrants with clean criminal records.

“The question is how broadly can the president extend the categories and still stay on the side of spectrum of ensuring the laws are faithfully executed?” said Cristina Rodriguez, who left the Justice Department’s Office of Legal Counsel in 2013 to teach at Yale Law School.

Other options under consideration, such as changes to how green cards are distributed and counted, might be less controversial because of the support they enjoy from the business community and other influential groups. But Derrick Morgan, a former adviser to Vice President Dick Cheney and a scholar at the conservative Heritage Foundation, said Obama will still face staunch opposition as long as he attempts an end run around Congress.

“Any potential executive action the president takes will be rooted in a solid legal foundation,” White House spokesman Shawn Turner said, but Obama’s actions will almost surely be challenged in court.

What’s more, Obama may have undermined his case because he has insisted time and again that he’s the president, not the king, and “can’t just make the laws up by myself.” In a 2012 interview with Telemundo, a Spanish-language TV network, Obama defended his decision to defer deportations for children but said he couldn’t go any bigger.

“If we start broadening that, then essentially I would be ignoring the law in a way that I think would be very difficult to defend legally. So that’s not an option,” he said then.

Republicans are already hinting they’ll consider legal action to thwart what they’ve denounced as a violation of the separation of powers. House Speaker John Boehner, R-Ohio, in a conference call this month with GOP House members, accused Obama of “threatening to rewrite our immigration laws unilaterally.”

“If the president fails to faithfully execute the laws of our country, we will hold him accountable,” Boehner said, according to an individual who participated in the call.

The House already has passed legislation to block Obama from expanding DACA and, through its power of the purse, could attempt to cut off the funds that would be needed to implement the expansion. House Republicans could also consider widening or amending their existing lawsuit against Obama over his health care law, a case both parties have suggested could be a prelude to impeachment proceedings. 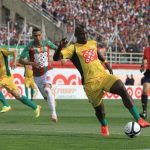 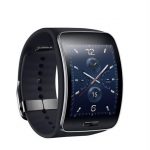 3 killed as Islamists rally in Egypt ahead vote 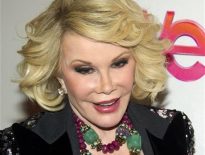 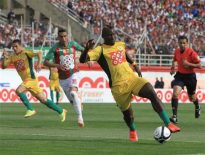