For several years, analysts have predicted a sub-Saharan African version of the Arab Spring. The debate was revived again with the forced resignation of Burkina Faso’s president Blaise Compaore earlier this month. But, analysts say Burkina Faso is not a spark that will ignite other revolutions but rather a symptom of the shift already happening across the continent.

Two terms in office, that’s all you get.’ Analysts say Burkina Faso is just the most recent country to send this message to African heads of state.

People say Burkina Faso could be a model for Africa but we say that the African Union should review its texts and incorporate into its charter the obligation of heads of state to respect their constitutions, he said. Above all, those texts should stipulate that each head of state coming to power gets just two terms.

Ouedraogo says a two-term limit will strengthen democracy on the continent.

For years, African presidents, including Blaise Compaore, have tinkered with constitutional term limits with few consequences.

Director of the Center for Constitutional Law in Benin, Frederic Joel Aivo, says changing a constitution to hold on to power is a desecration. He says a constitution is designed to be revised, to adapt with the times, but African states have also set certain provisions in stone, things like the secular and republican nature of government.

Aivo says that means there will be no kingdom of Benin or Islamic Khalifa of Senegal. He says presidential term limits should be added to that list of untouchables.

The two-term message has been delivered in a variety of ways.

In Benin, the Constitutional Court in 2011 said term limits could not be revised.

In Burundi this year, the president couldn’t get enough votes in parliament for a revised constitution.

In Niger, in 2010, it was a military coup that ousted President Mamadou Tandja after he pushed through a constitutional referendum to extend his current mandate and remove term limits.

In Senegal in 2012, it was the ballot box that ousted President Abdoulaye Wade as he sought a third term. He had changed the constitution during his first term, which he then argued didn’t count against the new two-term limit. Civil society and opposition politicians held months of sporadic protests. Wade was voted out.

The continent with the youngest population in the world has some of its oldest leaders, hanging on from an era of dictatorship and dynastic rule. Analysts, like Professor Boubacar Ndiaye of Wooster University, see a certain inevitability to those leaders’ undoings.

“These regimes are fundamentally unstable, he said. They have just been living on borrowed time until something happens to show that clearly.”

Ndiaye studies civil-military relations in Africa. Soldiers stepped up briefly to fill the power vacuum that Compaore left, but Ndiaye says what is major is what they didn’t do, which is to crush the protests.

“The military, now they have been exposed to what will be coming their way should they decide to fire on people and to kill people on a large scale… I am not so sure that [Joseph] Kabila or [Denis] Sassou Nguesso or any of them, particularly after seeing what happened in Burkina Faso, can bet their last dime that these boys in uniform will go the extra mile for them,” he said.

Analysts say they are keeping their eyes on the two Congos. Both Joseph Kabila and Denis Sassou Nguesso would need to revise their constitutions to run in 2016.

Another potential flash point is Togo where the opposition has been demonstrating since 2012 for reforms, including getting presidential term limits added to the constitution. An opposition leader there told VOA they plan to go ahead with two protests this month. 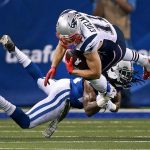 Patriots’ win over Colts saw contributions by many players 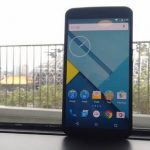 Khloe Kardashian: ‘Sex Is Like A Job For Me’

For Romney, London visit has some risks 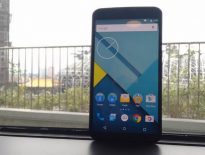 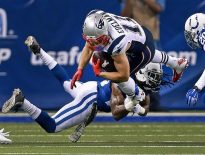