A Syrian fighter plane has landed at a military air base in the north of Jordan and the pilot has been granted political asylum, officials say.

Jordan’s information minister said the MiG-21 pilot, an air force colonel, was being debriefed. Syria has condemned the pilot as a traitor, and has asked the Jordanian government for the return of its plane. Meanwhile violence continues to prevent Red Cross teams from moving civilians out of the old city of Homs. 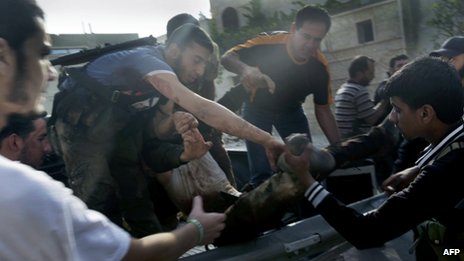 The Russian-made MiG-21 landed at the King Hussein Air Base in Mafraq, close to the Syrian border, officials said.

It is believed to be the first such defection by a Syrian pilot with his plane.

The Syrian state news agency Sana named the pilot as Col Hassan Mirei al-Hamadeh, and said his plane was near the southern border when contact was lost at around 10:34 (07:34 GMT).

State TV said the plane had gone missing during a training mission.

A Jordanian official told Associated Press that the pilot’s request for political asylum had been given on “humanitarian grounds” as the colonel would be tortured or killed if he returned home.

A spokesman for the rebel Free Syrian Army, Ahmad Kassem, said the group had encouraged the pilot to defect, AP reported.

A Jordanian security source said the pilot had flown from al-Dumair military airport, north-east of Damascus.

The BBC’s Jim Muir in Beirut says Col Hamadeh may well have flown over the Deraa area close to the southern border where some of the bloodiest fighting of the day has been reported.

According to activists, as many as 18 people died when the town of Inkhel in Deraa province was hit by shells and a series of raids by government forces.

In Homs, the International Committee of the Red Cross (ICRC) said that it had the green light from government forces as well as assurances from opposition groups that there would be a two-hour pause in fighting in the worst affected areas of the city to allow aid and medical supplies to be brought in and trapped civilians to be taken out.

But spokeswoman Carla Haddad Mardini told the BBC that the team had had to turn back “due to shooting and the security situation”.

“The team is now in Homs city and will attempt today to return to the area. They have re-established contact with both sides,” she said.

Waleed Faris, a resident of one area the ICRC was trying to enter, said shelling had been heaviest at dawn on Thursday but there were signs it was subsiding.

“Early this morning there was heavy shelling. Now I can hear one or two mortars fall every half an hour. It is quiet today compared to the past few days,” he told Reuters news agency.

In a separate development, the Russian government has confirmed for the first time that a cargo ship that was stopped off the north coast of Scotland and sent back to Russia was carrying three refurbished attack helicopters destined for Syria.

The MV Alaed had its insurance withdrawn because The Standard Club in London, which supplied its cover, said the ship had “broken internal rules”.

UN observers have expressed fears recently about the use of such helicopters in attacks by government forces.

Last week, US Secretary of State Hillary Clinton accused Russia of escalating the conflict by supplying Syria with attack helicopters, although US officials later acknowledged the helicopters had been refurbished.

Russian Foreign Minister Sergei Lavrov said that reports that the ship was carrying helicopters that could be “used against peaceful demonstrators is quite a distortion aimed at whipping up passions and putting Russia in a bad light”.

The BBC’s defence and diplomatic correspondent, Jonathan Marcus, says Syria’s air force has some three squadrons of Mi-25 Hind D attack helicopters, although it is not clear how many are operational.

Earlier this month, videos emerged on YouTube that appeared to show Mi-25s operating over the Syrian villages of Rastan and Farkia, near Idlib. If the videos are accurate, they would appear to be the first use of the Mi-25s in the current crisis, our correspondent says.

Mr Lavrov said the helicopters had been repaired by Russia under a 2008 contract.

He told Ekho Moskvy radio: “We are not breaching anything and we will perform our contractual obligations, which are not outside the restrictions imposed by the UN Security Council.” 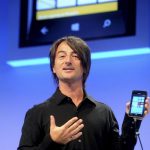 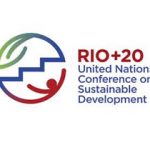 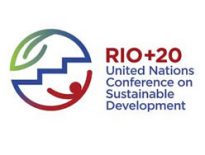