One group of Christian captives is shot, the other beheaded.

Islamic State released a video on Sunday that purports to show militants killing two groups of Ethiopian Christian men in Libya. If confirmed, it would be the second such mass execution of foreign Christians in the tumultuous North African country.

The video, which couldn’t be independently verified, shows one group of at least 15 men being shot and another group of about the same size being beheaded. The number of those killed wasn’t possible to confirm. The Ethiopian government didn’t comment on Sunday.

Ismail Shukri, the head of military intelligence for a militia from the Libyan city Misrata, said the video underscores that the Islamic State presence in Libya is emerging as a major threat to further destabilize the fractured country.

There’s no way to negotiate with people who commit such acts, he said. They are against Islam and humanity.

Extremist groups—including some pledging allegiance to Islamic State—have taken root amid a chaotic political struggle for control of Libya. The oil-rich nation has been in turmoil since dictator Moammar Gadhafi was killed in 2011 after more than four decades in power.

The extremists have established several strongholds in Libya, using the country to stage attacks on foreigners. Libya has also become a reliable transit point for North African men to train and travel to Islamic State strongholds in Iraq and Syria.

In February, Islamic State released a video showing 21 Egyptian Christians being beheaded on a beach near the Libyan capital Tripoli. Egypt responded with airstrikes on locations thought to be under the militants’ control.

The latest video emulated the killings of the Egyptians, with the victims being led by masked fighters. One black-clad fighter delivers a speech in American-accented English warning: You will not have safety, even in your dreams, until you embrace Islam.

Poking a pistol toward the camera, the fighter adds: To the nation of the cross, we are back again…telling you Muslim blood that was shed under the hands of your religion is not cheap.

The captives are identified only as worshipers of the cross belonging to the hostile Ethiopian church.

The 29-minute video bore the hallmarks of Islamic State propaganda released out of Iraq and Syria, suggesting increased coordination between the extremists there and the shadowy fighters in Libya who have recently pledged allegiance to the self-styled caliphate.

Militants claiming to be affiliated with an Islamic State offshoot calling itself the Province of Fazzan in southern Libya shoot their captives. A second group, claiming loyalty to the Province of Barka in the east, behead the prisoners.

The video was released on social media accounts known for Islamic State sympathies. It contained the logo of the groups media arm, Al Furqan. It was produced in the highly stylized fashion that has become common in Islamic State videos.

It employs multiple camera angles, cutting between the two groups of captives as they are killed. The killings come at the end of the video, after a lengthy segment on historic Muslim and Christian tensions and interviews with people identified as Islamic State scholars in Syria.

Since last year, two rival governments in Libya backed by armed militias, have fought for control, creating a security vacuum that has allowed the Islamic State to thrive.

In recent weeks, Islamic State militants have been attacking the strategically important Libyan city of Misrata. During the civil war that ended in Gadhafi’s ouster and killing, a powerful militia emerged from Misrata and those forces now underpin the government operating out of Tripoli.

The offensive on Misrata is an indication that the extremist group is seeking to expand its foothold to politically significant Libyan territory.

On Sunday, the United Nations envoy charged with leading negotiations between the factions to form a unity government, Bernardino Leon, said the sides appeared close to a final agreement. This accord is seen a key step toward ending deadly fighting that has racked the nation and to begin addressing the expanding Islamic State presence there.

Mr. Leon characterized 80% the draft agreement as being acceptable to both the internationally recognized government based in the eastern city of Tobruk and a rival government based in Tripoli. But he warned that ongoing fighting and Islamic State’s video release could stall progress.

We know that the enemies peace, the enemies of the agreement, will be active and will be more active in the coming days and weeks, he said at a news conference in the Moroccan city of Skhirat, where the peace talks are being held.

—Heidi Vogt contributed to this article. 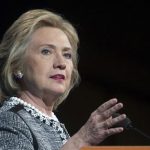 Why does Hillary Rodham Clinton want to be president? 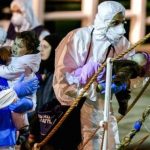 Insight: In Israel, an illegal outpost faces its reckoning

Drop in Niger child deaths, says Save the Children

Ebola pair to return for monitoring 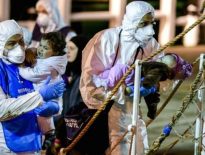 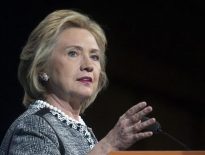 News Why does Hillary Rodham Clinton want to be preside…