MELBOURNE, Australia (AP) — As three-time defending champion Novak Djokovic held the Australian Open trophy in a photo shoot before Friday’s draw, he joked that having his fingerprints on it may in some way help him win the title for a fourth consecutive year.

The draw certainly didn’t dent Djokovic’s chances, with top-seeded Rafael Nadal, No. 4 Andy Murray, No. 5 Juan Martin del Potro and No. 6 Roger Federer all stacked in the opposite half.

Djokovic’s new coach, six-time Grand Slam champion Boris Becker, attended the draw and duly noted that Nadal, Federer and co were in “a loaded half, that’s for sure.”

Djokovic, who is on a 24-match winning streak, opens against No. 90-ranked Lukas Lacko and potentially has a quarterfinal against Stanislas Wawrinka, who took him to 12-10 in the fifth set at the Australian Open last year.

The bottom half of the draw also contains No. 3 David Ferrer, who lost in a semifinal upset at Auckland on Friday, and No. 7 Tomas Berdych.

Djokovic conceded it was an advantage to avoid the other tournament favorites early but said: “Regardless of the draw, the potential opponents that I have in later rounds, I need to direct my attention to my next opponent. There are plenty of players who are able to win the Australian Open this year or any other Grand Slam title.”

On the women’s side, top-ranked Serena Williams opens against Australian teenager Ashleigh Barty and has 2011 U.S. Open champion Sam Stosur and two-time finalist Li Na in her half.

Two-time defending Australian Open champion Victoria Azarenka and Maria Sharapova are in the opposite half, meaning they could only meet Serena Williams in the final.

The top half of the men’s draw was the talking point, starting with Nadal’s first-round match against Australian Bernard Tomic.

“I think that’ll be a night match, for sure,” Becker quipped. “But a tough, tricky one for both players. Tomic will certainly have the home support.”

Nadal missed last year’s Australian Open with a left knee injury during a seven-month absence from the tour. He returned to win 10 titles in 2013 and regain the No. 1 ranking, overhauling Djokovic in October.

Tomic reached the Wimbledon quarterfinals in 2011 and has been ranked as high as No. 27.

His only previous meeting with Nadal resulted in a straight-sets defeat in the third round of the 2011 Australian Open.

Nadal also has No. 25 Gael Monfils, former No. 1-ranked Lleyton Hewitt and 16th-seeded Kei Nishikori in his section.

Federer opens against Australian wildcard entry James Duckworth and Murray takes on Go Soeda of Japan. Likely quarterfinals on that half would feature Nadal against del Potro and Federer against Murray. Del Potro was due to play the final of the Sydney International against Tomic on Saturday.

In the bottom half of the women’s draw, Azarenka faces Johanna Larsson of Sweden in the first round, while Sharapova takes on American Bethanie Mattek-Sands and could face former No. 1 Jelena Jankovic in the quarterfinals and Azarenka in the semis.

Stosur, Australia’s only seeded player at No. 17, opens against Czech Klara Zakopalova. On Friday, Zakopalova beat Stosur 6-3, 6-2 in the Hobart International semifinals. 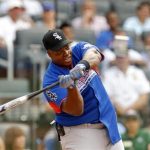 Hasaacas first ever win in Accra against Hearts of Oak

AO: Nadal, Murray, Federer all in the same half 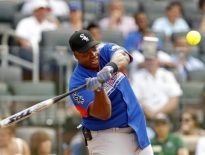 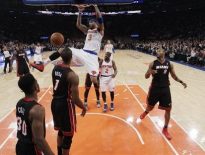