MELBOURNE, Australia (AP) — Eugenie Bouchard reached the semifinals in her first trip to the Australian Open, beating 2008 French Open champion Ana Ivanovic 7-5, 5-7, 6-2 on Tuesday to set up a showdown with Li Na. 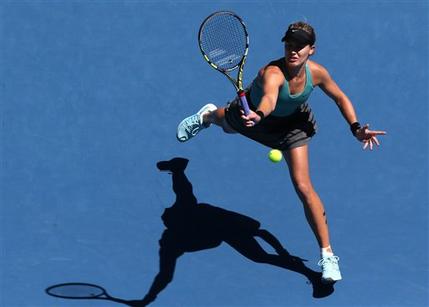 Eugenie Bouchard of Canada makes a forehand return during her quarterfinal against Ana Ivanovic of Serbia at the Australian Open tennis championship in Melbourne, Australia, Tuesday, Jan. 21, 2014.(AP Photo/Eugene Hoshiko)

The result means two-time Australian Open finalist Li, who beat Flavia Pennetta 6-2, 6-2 in an earlier quarterfinal featuring two women who’ll turn 32 next month, will have to face a teenager for the third time in the tournament.

The 19-year-old Bouchard, the first Canadian to reach the Australian Open semifinals, played with real composure against former No. 1-ranked Ivanovic, who started the season with a title at Auckland, New Zealand, and produced a major upset to eliminate top-ranked Serena Williams in the fourth round here.

Bouchard went to the net 24 times and won 19 of those points. She broke Ivanovic’s serve seven times, including the last game, and had to sit through a lengthy time out when she was leading 4-3 in the second set while her opponent received treatment.
Despite the relative speed of her Grand Slam success, Bouchard said she didn’t experience any pinch me moments.

It’s something I’ve been doing since I was five years old and working my whole life for and sacrificing a lot of things for, so it’s not exactly a surprise, she said. I always expect myself to do well. I’m just happy to have gone through this step. I’m not done.

The WTA Tour’s Newcomer of the Year in 2013, Bouchard is playing just her fourth Grand Slam tournament, having lost in the second round at the French Open and U.S. Open last year and reached the third round at Wimbledon – the only previous major where she’d managed back-to-back victories. The second of those was against Ivanovic – their only previous meeting.

She’s brave. She’s young. She has nothing to lose, Ivanovic said. I think she’s a very great player with a bright future.
Bouchard, who will turn 20 next month, is the first Canadian woman to reach a Grand Slam semifinal since Carling Bassett at the 1984 U.S. Open.

Naturally, she was asked what it’s like to be such a rarity in a country so passionate about one particular sport: ice hockey.
Well hopefully they’ll care a little bit more about tennis now, Bouchard said, adding that she couldn’t really skate. But I think it’s growing. I’m just trying to do the best I can for myself, for the country as well.

The 2010 Wimbledon finalist ended a streak of three consecutive quarterfinal defeats at Melbourne Park, breaking Ferrer in the fifth game of the fourth set and then fending off a break-point chance and holding the crucial subsequent game to hang on for the win.
Three-time defending champion Novak Djokovic and No. 8 Stanislas Wawrinka were to play a night match to determine who advanced to the semifinals against Berdych.

The women’s semifinal was determined after the first two day matches.
Bouchard, who is from Montreal, has a growing group of supporters at Melbourne Park. After each match, fans have presented her with a different kind of stuffed, fluffy Australian animal – she now has a kangaroo, a kookaburra, a koala and a wombat in her collection.
Li is also a crowd favorite in Australia, where she lost the finals last year to Victoria Azarenka and in 2011 to Kim Clijsters and has reached the semifinals four times in the last five years. Azarenka, the two-time defending champion, is in the other half of the draw.
Li won her only previous match against Bouchard in straight sets at Montreal in 2012.

We had a tough battle last time, and I think I didn’t have a lot of experience back then, Bouchard said. This time I think I’ll be ready.
Li beat two 16-year-olds in the opening rounds and had to save a match point against Lucie Safarova in the third. Against No. 28 Pennetta, she was relentless, keeping the mistakes down while going for her winners.

After saving the match point, I think I got a lot of confidence, Li said of her close call in the third round. Even more belief in myself.

Li lost her serve just once – while leading 5-0 in the opening set – and finished off the 67-minute match with an easy forehand to the open court. 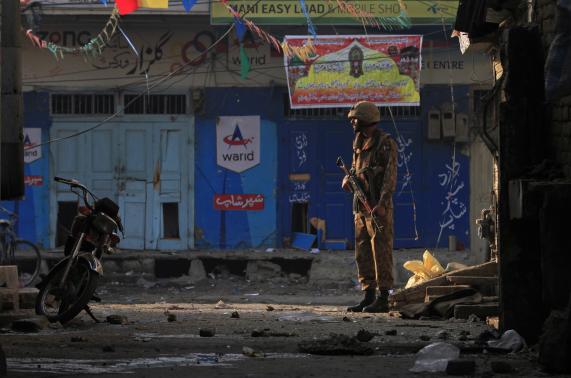