Bayern Munich put in a devastating first-half performance to overcome a first-leg deficit and beat Porto to reach the Champions League semi-finals. 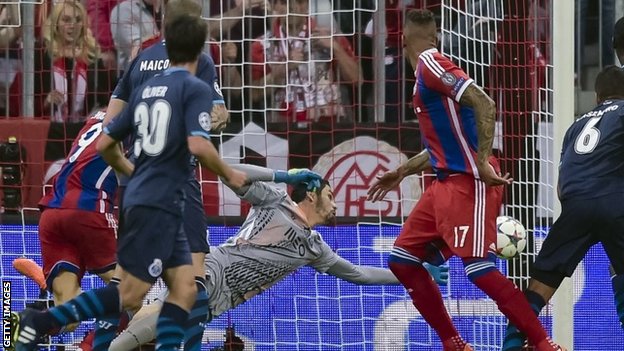 Needing a 2-0 win, Bayern were level on aggregate within 22 minutes thanks to Thiago and Jerome Boateng headers.

Robert Lewandowksi put them further ahead and Thomas Muller drove home for 4-0 before Lewandowski added a second.

Jackson Martinez gave Porto some hope, but Ivan Marcano was sent off, with Xabi Alonso scoring from the free-kick.

The result was a boost to the reputation of Bayern boss Pep Guardiola, who was in danger of suffering a Champions League humbling for a second consecutive season.

Since the Spaniard took over the reigning European champions from Jupp Heynckes in 2013, they have dominated in the Bundesliga, losing only four of 63 games.

But they were were beaten 5-0 on aggregate by Real Madrid in last year’s semi-finals and looked like they might struggle even to reach that stage this time following a 3-1 first-leg defeat in Portugal.

Guardiola had reached the Champions League last four in all five seasons as a coach of Barcelona and the German club.

And Bayern – chasing a second treble in three years – were confident of making it six. Captain Philipp Lahm was utterly convinced the Bavarians would qualify, although Muller warned everyone just piling forward would be suicide.

But, in effect, that is exactly what they did.

Bayern attacked from the first whistle and Lewandowski had hit a post before Thiago headed home Juan Bernat’s cross to open the scoring within 14 minutes.

Porto boss Julen Lopetegui had identified that most of Bayern’s threat was coming down the left – despite the absence of wingers Arjen Robben and Franck Ribery – and brought off right-back Diego Reyes after 33 minutes.

But the change did nothing to alter the flow of the game. Muller put Bayern in control when his shot from long distance was deflected through keeper Fabiano’s legs by Bruno Martins Indi.
Lewandowski made the second half look like an irrelevance when he was picked out by Muller before firing home, thanks to more woeful Porto defending.

Bayern have twice scored seven goals in Champions League matches this season, and Guardiola frequently looked angry in the second half as they failed to continue their first-half domination.

He would have been even angrier after Martinez headed home Hector Herrera’s cross for his seventh goal in eight Champions League games this season.

Moments later the Colombia striker had a chance to reduce the deficit to one goal but shot just wide.

But Porto’s hopes of pulling off a remarkable comeback ended when Marcano was sent off for a challenge on Thiago and Alonso curled home the resulting set-piece.

Bayern will find out their semi-final opponents on Friday. 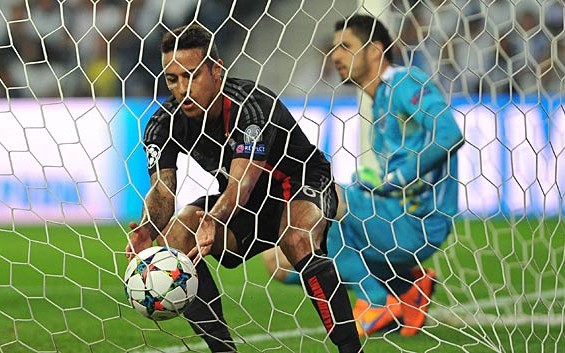 Football Bayern in win or bust scenario against porto 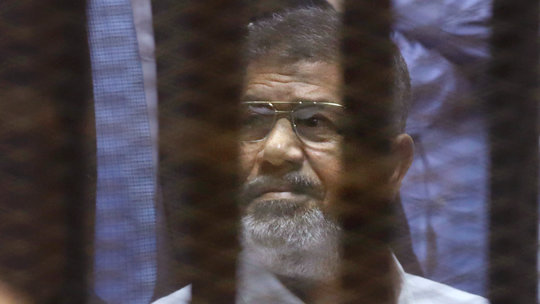