GHANA dazzled their way into the Africa Cup of Nations semi-finals with a near perfect dismantling of a Guinean outfit that had been pumped up by a US$50 000 winning bonus carrot at Estadio de Malabo here last night.

A brace from the highly rated Christian Atsu, who has been loaned out to Everton by Chelsea, and a Kwesi Appiah effort carried the Black Stars into the last four.

Atsu might have got the goals but it was Appiah, making his competitive debut, who did much of the damage with an impressive display just behind a subdued skipper Asamoah Gyan.

The Black Stars, who will now battle Equatorial Guinea for a place in the final, had a blistering start and took a fourth minute lead.

Atsu rounded off a swift move with a cool finish that beat Nabby Yattara, the Guinea goalie.

Syli Nationale appeared to have everything under control when Kwesi Appiah collected possession on the left channel before finding Andre Ayew inside the box.

Ayew struggled with his first touch but somehow managed a flick that wrong footed the Guinean defence and set up perfectly for the 22-year old Atsu.

Ghana coach Avram Grant rewarded John Boye with a place in the starting XI after his goal inspired a come from behind victory over South Africa in their last outing.

The Turkish based defender had his hands full in the opening 20 minutes but showed his worth with some vital interceptions as Guinea sought to rediscover their swagger after horrific start.

Abdoul Camara and Ibrahima Conte had sights at the Ghanaian goal but both rushed their efforts.

As Guinea poured forward they made themselves susceptible to the counter attack and they ought to have paid the price on 39 minutes when Gyan found himself facing Nabby Yattara.

Gyan has fully recovered from Malaria so there is no excuse for such a miss at such a grand stage.

Five minutes later Appiah showed his skipper the composure needed in such situations when he raced through before poking the ball past the advancing goalkeeper.

Grant’s men have often been accused of playing to the gallery and seeking individual glory at the expense of the team.

However, there was little to buttress those allegations as the rotating front line of Ayew, Atsu and Gyan dissected the Guinean defence with some swift passing as their side took the game to their opponents in the second half.

With the game drifting away Guinea coach Michel Dussuyer hauled off Kevin Constant for Nabby Keita 10 minutes after resumption.

With Keita in the mix skipper Ibrahima Traore, who had been forced to drop deep in search of possession, began to show glimpses of the kind of form that has made him a regular at Germany Bundesliga side Borrusia Monchengladbach.

Just as Guinea were beginning to come to life Atsu claimed his brace with a fortuitous effort on the hour mark.

Atsu, who has been backed to shine at Everton by boss Roberto Martinez after a disappointing start to his Toffees career, will probably claim that he saw Naby Yattara off his line and went for goal.

However, in all honesty his was a cross that the Guinean goalie didn’t read well.

They all count don’t they?

There was late drama when Guinean keeper Naby Yattara was red carded by Zambian referee Janny Sikazwe for clumsy challenge on Gyan.

With their substitutions quota exhausted Guinea asked defender Abdoulaye Cisse to guard goal but he had little to do as soon after the free kick, which was blazed over by Boye, Sikazwe blew the final whistle. 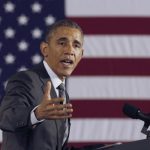 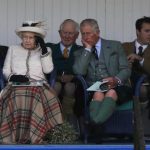 Scott Disick Sex Scandal: Not The First Time For This Professional Creeper

Religion: Church of England set to vote on women bishops

OECD sees no end to jobs crisis as economy struggles

Ghana/Guinea: Ghana Power Through to Semis 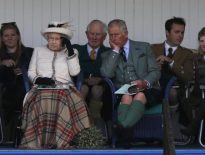 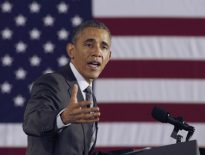