Karim Benzema will not play for France at this year’s European Championship after his national federation ruled against his return due to an ongoing legal case, clearly fearing that his inclusion would disrupt harmony within the host nation’s squad.

The Real Madrid striker is facing preliminary charges of conspiracy to blackmail, relating to an extortion scam over a sex tape involving France teammate Mathieu Valbuena.

Benzema was suspended indefinitely in December pending the ongoing case, and the FFF said Wednesday in a statement that (federation president) Noel Graet and (coach) Didier Deschamps have decided that Benzema will not be able to play at Euro 2016.

The federation added that sporting performance wasn’t the only factor in deciding selection and that the players’ ability to work together … to set an example and to maintain the group ethic were also taken into account.

Leading politicians, such as Prime Minister Manuel Valls, said Benzema should not be selected for France.

Benzema, who has scored 27 goals in 81 matches, misses a second major tournament after being left out of the 2010 World Cup squad.

Unfortunately for me and for those who have always supported me … I will not be selected for our Euro in France, Benzema said on his Twitter page.

What concerns me in this statement is that they talk about being exemplary, he told RTL radio. But for what? For a crime that hasn’t been proven. Dupond-Moretti added that he thinks Valls has interfered with the France team and thus may have exerted influence in the decision not to select Benzema.

Having Benzema and Valbuena together would have dominated headlines building up to the tournament for a France team that has been notoriously volatile in the past. It went on strike at the 2010 World Cup after Nicolas Anelka was sent home for insulting coach Raymond Domenech.

Even without Benzema, it is not clear if Valbuena — a consistent performer at the 2014 World Cup as one of Benzema’s favored passers of the ball — will be selected this time. He has been inconsistent for Lyon and used a substitute in the last two matches.

Deschamps will be without his leading scorer when Euro 2016 host France takes on Romania on June 10 in the tournament opener at Stade de France. Benzema’s No. 9 jersey with likely go to either Arsenal striker Olivier Giroud or Andre-Pierre Gignac, who plays for Mexican side Tigres.

Investigators charging Benzema believed he was approached by a childhood friend to act as an intermediary and convince Valbuena to deal directly with blackmailers in possession of a sex tape featuring the Lyon winger.

Although Benzema denies any wrongdoing, his arguments were undermined when Valbuena spoke about Benzema’s attempts to pressure him, telling a French newspaper he was particularly shocked by the way Benzema spoke about him over the phone with one of the suspected blackmailers, joking that Valbuena would get eaten by the piranhas.

Benzema acknowledged that the tone of his conversation — after his phone had been tapped by police investigators — was uncalled for and apologized to Valbuena.

In 2010, Benzema was handed preliminary charges for soliciting an underage prostitute but was acquitted in a case that lasted more than three years. Domenech left him out of the 2010 World Cup squad.

A few hours before Wednesday’s verdict, Benzema reaffirmed his commitment to Les Bleus — the nickname for the national team — with a tweet saying Quoi qu’il arrive, Bleu un jour, Bleu toujours (Whatever happens, once a Blue, always a Blue).

The 28-year-old Benzema has been in the best club form of his career this season, scoring 21 league goals in 22 games and four in seven Champions League games.

But his importance to the national squad has been increasingly debated in recent weeks after some impressive attacking performances without him. France won 3-2 away to Netherlands and beat Russia 4-2 at home, having also beaten World Cup winner Germany 2-0 back in November.

Earlier this week, Bayern Munich winger Franck Ribery said he would consider coming out of international retirement in time for the Euro. 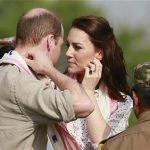 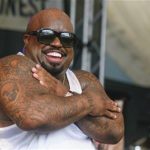 Drug ‘Molly’ is taking a party toll in the United States

Karim Benzema ruled out of Euro 2016 because of ongoing case 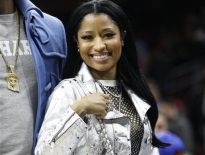 Entertainment Obama meets with musicians on My Brother’s K… 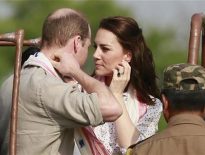