BARCELONA (Reuters) – Neymar and Lionel Messi maintained their lethal partnership with a goal apiece in a devastating first-half as Barcelona swept aside Ajax 3-1 in Champions League Group F on Tuesday.

The Argentine was the provider, slipping the ball through for Neymar to hit the opener with a clinical finish into the corner after seven minutes, then he struck midway through the half to put the hosts in control.

Andres Iniesta threaded the ball through to the Argentine and his shot from the centre of the penalty area squirmed under keeper Jasper Cillessen.

Barca coach Luis Enrique took off Neymar and Messi, who now have 17 goals between them, with one eye on the El Clasico with Real at the weekend and as the team started to relax, allowing Ajax to pull a goal back late on.

However, in injury time substitute Sandro Ramirez wrapped the game up with a fine strike into the bottom corner.

Barcelona are second in the group behind leaders Paris St Germain.

We were very good in the first half and then we dropped off but this is logical because you can’t play at that level for 90 minutes in every game, Luis Enrique told a news conference.

The players are not robots, the idea is to reduce the number of errors and be as consistent as possible.

He also did not feel he made a mistake by bringing off Neymar and Messi.

I would do the same again, said Luis Enrique. I am happy with my decision to take the players off, it was my decision.

At the end of the game we did make a few mistakes but generally I am happy.

Barca midfielder Ivan Rakitic said that it was important to get a win and be relaxed ahead of El Clasico.

It is good to pick up points and keep improving, said Barca midfielder Ivan Rakitic.

We controlled the game. Now we have time to enjoy this win, rest and then prepare for the important game so that we can win it.

Ajax coach Frank de Boer, a former Barcelona player, felt his players let themselves down in the first half.

We are a young team with quality but we have to show that. They did take three players off looking ahead to El Clasico but we got a goal and after that anything can happen.

It was just a shame that straight after that they scored again.

Rakitic returned for Xavi after being rested for Barca’s weekend win over Eibar and with Sergio Busquets injured Javier Mascherano again played in central midfield.

Barca scored with their first dangerous attack with the Ajax defence having no answer to the home side’s speed and movement as Neymar slotted the ball in.

Immediately after it was Messi’s turn and he fired over but he was not to be denied with his second chance after 24 minutes following more good work from Iniesta who was moving the ball around with finesse in midfield.

As Barca continued to press, Messi found Pedro who was unlucky to see his shot come back off the post.

Messi hit the side netting while after the break but the hosts were content to take the steam out of the game, saving themselves for the weekend, before the late flourish. 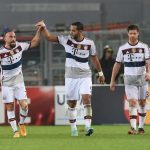 Bayern Munich Are Beating The Motherfucking Brakes Off AS Roma 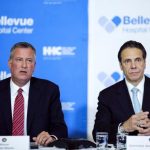 Doctor with Ebola in Manhattan hospital after return from Guinea

Friends and illness forgotten on Villa’s visit to Chelsea

Neymar and Messi guide Barca to win over Ajax 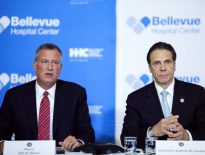 Health Doctor with Ebola in Manhattan hospital after retu… 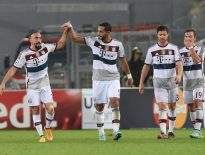