LAS VEGAS (AP) — Sharing the ball is paying dividends for No. 19 UCLA. 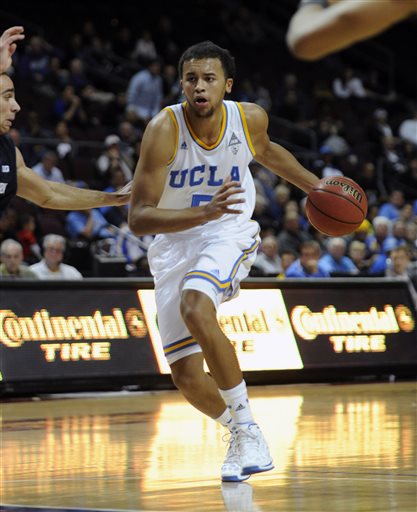 UCLA’s Kyle Anderson drives to the basket against Northwestern during the first half of an NCAA college basketball game at the Las Vegas Invitational on Friday, Nov. 29, 2013, in Las Vegas. (AP Photo/David Becker)

The Bruins nearly scored 100 points for a third consecutive game as Jordan Adams, Zach LaVine and Bryce Alford scored 18 points apiece in a 95-79 win over Northwestern in the final round of the Las Vegas Invitational on Friday night.

The Bruins (7-0) made 13 of 17 attempts from 3-point range to finish 4-0 in the round-robin tournament for a share of the crown with Missouri.

Tournament MVP Kyle Anderson added 16 points, nine rebounds and nine assists as the Bruins shot 64 percent from the field (35 of 55).

Guys were doing a great job sharing the ball, coach Steve Alford said. “We have to share the ball. We have a lot of room to improve. We’re a fun group to watch. We’re athletic and we like playing together. We’re a versatile group.

Alford had to be proud of his freshman son, Bryce, who hit all four of his 3-point tries and set a career high for points.

As we go, I feel a lot more comfortable, Bryce Alford said. I’m settling into my role. I’m really starting to know the offense. My teammates got me really open shots today.

Northwestern’s leading scorer, Drew Crawford, did not play due to back spasms.

Crawford is averaging 14.3 points and 6.9 rebounds. He played only 12 minutes Thursday in a loss Missouri, scoring just two points.

Crawford is day-to-day, said Northwestern coach Chris Collins, whose team finished 2-2 at the Invitational. We tried to get him some treatment, but it just didn’t happen. Our next game is Wednesday so we’ll see.

Kale Abrahamson added 19 and Tre Demps 15 for the Wildcats, who went 2-2 in the Invitational.

Take away an 18-point game scorer and play one of the best teams in the country and they shoot 13 of 17 from 3, it’s going to be really tough,” Collins said. “When you play these games, it is a great indicator of where you are. My guys fought for 40 minutes and I’m proud of that. The way UCLA shot tonight, we could have easily quit.

The first half was a scoring fest for the Bruins, who went 19 of 25 from the field — including 9 for 11 from beyond the arc. They jumped out to a 12-1 lead and never trailed.

I think we have a lot of guys that can shoot the basketball and stretch defenses, Steve Alford said. And because of our lineups, there a lot of things we can do and how we play.

The tournament’s championship format was changed to round-robin this year to accommodate the Tigers and Bruins, who have a game scheduled for Dec. 7 at Missouri and didn’t want to play twice this season.

It was the first time the Bruins and Wildcats met since 1969, when UCLA won 81-67 at Chicago Stadium. Lew Alcindor led the Bruins with 35 points and 16 rebounds.

Romney's speech to Republican convention will be defining moment
Insight: In Ohio, "fracking" boom a delicate issue for Obama
All eyes on US jail as Zimmerman awaits release
Obama chides Romney for "writing off" big part of America
Clinton to face Congress on Libya assault
Sandy forces political pause with 7 days left
Analysis: Romney scores in debate, but will it be enough?
LeBron James' 41 points propel the Cleveland Cavaliers over Boston Celtics 122-121 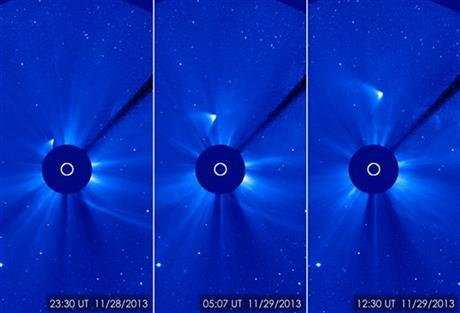