(Reuters) – The Seattle Seahawks football team enjoyed a low-key homecoming to a jubilant region on Monday, a day after trouncing the usually high-scoring Denver Broncos 43-8 to win the Super Bowl and the franchise’s first NFL championship.

The team returned to the Pacific Northwest without the opponent-rattling rumble of the 12th man, as its fabled home-game fan base is nicknamed, and were instead greeted by a few dozen fans cheering and chanting the team’s name on the tarmac at Seattle-Tacoma International Airport.

Members of the Seahawks – including star cornerback Richard Sherman, sporting a walking boot over his injured right ankle and using crutches – waved to those gathered before boarding two buses headed for the franchise’s training facility.

The crowd was intentionally small, with fans told to keep away from the airport. Instead, the team is planning to hold a celebratory parade through Seattle on Wednesday.

Among the first off the plane was Pete Carroll, the team’s head coach, who suggested earlier on Monday that Seattle schools be closed on Wednesday for the parade. That idea was shot down by Seattle Public Schools Superintendent Jose Banda, who in an online statement lauded the team but said academics must come first.

The victory was particularly sweet for a city known for its star-crossed sports franchises. Seattle’s previous major professional men’s sports team championship came in 1979, when the SuperSonics – who left for Oklahoma City in 2008 – captured the National Basketball Association’s crown.

On Sunday night, thousands of blue- and green-clad Seahawks fans took to the streets of Seattle to celebrate, with revelers downtown lighting bonfires while fans on Greek Row near the University of Washington set fire to couches in what police said were mostly non-violent, if boisterous, celebrations.

The atmosphere was dampened somewhat by two non-life-threatening shootings and by revelers who threw bottles at police and storefront windows downtown as the party wound down early on Monday, said Seattle police spokesman Mark Jamieson. Police made about a half-dozen arrests, he said.

The overall atmosphere for the vast majority of the night was one of just celebration, Jamieson said. People were ecstatic that their team won.

The Seahawks were enthusiastically embraced throughout the Pacific Northwest. But outside of the region, many more U.S. football fans had been pulling for the Broncos, led by widely respected quarterback Peyton Manning.

In a Public Policy Polling survey released days before the game, 49 percent of respondents said they preferred the Broncos to the Seahawks, versus just 22 percent favoring Seattle. Some 29 percent were undecided. 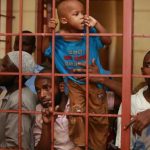 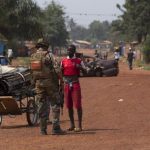 Over 70 killed during clashes in Central African Republic town: official 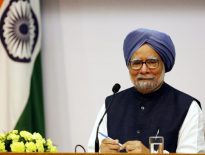 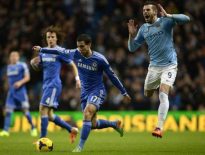