(Reuters) – Microsoft Corp’s sweeping re-organization on Thursday creates a company that, more than ever, bears the stamp of Chief Executive Steve Ballmer.

The face of Microsoft since he took the reins from co-founder Bill Gates in 2000, Ballmer stressed the importance of improving internal collaboration and eliminating redundancies when he released the company’s new organizational blueprint.

But some analysts say the changes also mean less leeway for Microsoft’s individual businesses to set and pursue their own agendas, as the company imposes a more streamlined, top-down approach to its strategy and operations.

For all the changes promised, the move reinforces Ballmer’s grip on the company’s direction and further muddies the succession picture.

“There’s still no heir apparent or any succession strategy that has become apparent,” said David Smith, an analyst with industry research firm Gartner. “It sounds like he wants to run it in a more centralized style.”

That Ballmer, 57, who presided over a decade of share price stagnation and was deemed slow to respond to mobile computing, remains more entrenched may worry investors and spur concern that the reorganization will truly effect change.

“In theory, it’s a great idea. The key question will be can Ballmer deliver this in new model and can it be successful,” said Channing Smith, co-manager of the Capital Advisors Growth Fund, which does not own Microsoft shares.

“With his track record, it will be question mark for investors going forward.”

Microsoft is the world’s No.1 software company, whose $74 billion in annual revenue is powered largely by its dominant role in the PC business via its flagship Windows and Office software. But the company has been caught flat-footed by new trends such as mobile computing, where software by Google Inc and Apple Inc lead the pack, as well as by Web-based “cloud” services.

Investors credit Ballmer for expanding the Windows and Office franchises and growing Microsoft into one of the world’s largest technology corporations.

But they also fault him for missing out on technology trends. And despite the success of the Xbox – the leader in a declining videogames industry – the company has cranked out a string of failed devices from the Zune media player to the Kin phone.

“It’s been a rocky road. There’s definitely been a lot of optimism around certain products, which have not met expectations,” said Daniel Ives, an analyst with FBR.

The challenges have led to sporadic calls for Ballmer to step down, including from activist hedge fund investor Dan Loeb two years ago.

That possibility became more remote with the reorganization however, which BGC Partners analyst Colin Gillis said shored up Ballmer’s control over the sprawling organization of 98,000 employees that he runs.

“If you’re investing on the thesis that the CEO is going to change soon, you need to reconsider your thesis,” he said.

Rob Helms, an analyst with the consulting firm Directions, said, “What this reorganization has done is taken away a lot of functions in principle from people who were reporting directly to Steve Ballmer,” said .

That makes the post-Ballmer succession plan, long a concern among investors, even less clear. Under the previous structure comprised of mini-business units “there was a job short of the CEO’s chair that was very much like a CEO,” said Helm.

“So if you wanted to develop your career, the skills and the credibility to be Microsoft’s next CEO there was a place to land. Now there really isn’t.” 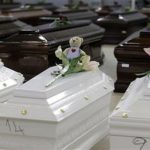 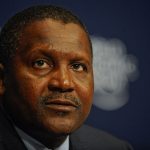 The Richest People In Africa 2013 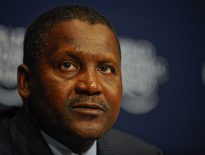 Africa The Richest People In Africa 2013 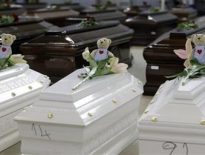