The tech giant has proven time and again that it doesn’t deserve our trust.

It’s long past time for the biggest internet companies to pull their weight in society. Trembling startups not long ago, the global technology superelite have amassed the effective power of major nation-states, but without accountability, responsibility for their public influence, transparency, checks and balances or even awareness that they might be a problem rather than a solution. Focus on Facebook and Google, plus Twitter. They are radically unregulated. They hold our most intimate personal information. They have destabilized traditional, fact-based journalism. They have vast wealth ― a combined market value of $1.2 trillion ― and the power that accompanies it. In Washington and other capitals, they lobby hard for their self-interests, often against ours. And during an era when even the National Security Agency gets hacked, they have created data stores that could fundamentally threaten our democracy and others.

The internet’s aristocracy arose with the commercialization of the web, starting 20 years ago. To the hectic leaders of Silicon Valley, two decades seems like geologic time – but in the evolving social and political cultures of our species, two decades is the blink of an eye. We haven’t yet absorbed the implications of these potent, purposefully disruptive technologies. We’re addicted to smartphones. We’ve lost control of much of our personal data. The corporate and governmental entities that so voraciously collect our secrets seem indifferent to their protection. Our biometrics will be hacked. Baseless accusations of fake corrode the foundations of our civilization.

In December, Facebook posted a response to the question: Is spending time on social media bad for us? Among the studies reaching that conclusion is one published in the American Journal of Epidemiology, stating: Our results showed that overall, the use of Facebook was negatively associated with well-being… The negative associations of Facebook use were comparable to or greater in magnitude than the positive impact of offline interactions, which suggests a possible tradeoff between offline and online relationships. Such are the unintended, faintly understood consequences of commercialized internet technology.

Technology alone is not the problem. Our vulnerabilities arise from commerce – specifically, the tech-enabled exploitation of personal data by businesses.

You’re exploiting a vulnerability in human psychology. The inventors… understood this consciously. And we did it anyway. Sean Parker, Facebook’s first president

Imagine that back in the 1950s, the U.S. Postal Service opened every letter and recorded its contents, while the phone company taped every call. What’s happening now is like that. Back then, though, no one had the computing power, digital storage capacity, or algorithms to make sense of so much data. Now it’s easy. And folks then would have raised hell if the post office or Ma Bell had invaded their privacy; now we give our privacy away. That has enabled a tiny group of companies to establish themselves as hosts of much of our public discourse, by accumulating and exploiting data better than the competition.

Unlike businesses that make money principally by selling things, Facebook, Google and Twitter offer services for free. In business, free almost always is a lie. As an executive taught me ages ago, If you are not paying for a service, you are what’s being sold. In exchange for their services, many free-model companies spy on us — memorizing our data, noting our interests, often capturing our keystrokes and following us wherever we venture online. Then they exploit us, by selling advertising individually targeted to us and others, to anyone with a dollar or a ruble. With data on at least two billion users each, Facebook and Google consume consumers the way whales eat krill. According to research firm eMarketer, the two companies together control 60 percent of digital advertising in the U.S. 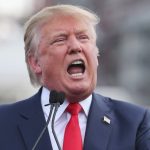 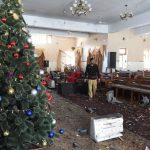 A Guide To Your Online Education In Law

Ivete Sangalo brings her Carnival sound to the US

Special Report: How an African telecom allegedly bribed its way into Iran 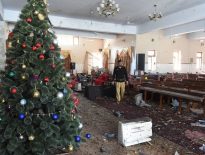 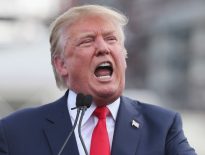