SEATTLE (AP) — There are two ways to view the smartphone Amazon introduced to the world on Wednesday: It’s either the latest in a long line of phones with fancy new features that some people will never use or a magic wand for shopaholics.

The phone’s most significant feature, called Firefly, employs audio and object recognition technology to identify products and present the user with ways to purchase the items through Amazon. Users can simply snap a photo of a book, for instance, and Firefly will offer up its title and author, give more information about it and provide ways to buy it through Amazon with a single click.

Seven years after Apple’s iPhone took over the category, Amazon CEO Jeff Bezos believes there is room in the market for something different. Even with the dominant leads that Apple and Samsung hold, Bezos told The Associated Press in an interview, it’s still early in the wireless device business.

People change phones all the time, he said. It’s not about taking market share right away, but making a phone that is ideal for a certain customer and hoping it takes hold.

We wanted to make a device that’s great for one person, Bezos said. It’s like a certain person likes chocolate and another person likes vanilla. The customer can choose.

While the new Fire Phone comes with some features that are practically industry standard — like a slim profile, a sturdy glass touchscreen, minimalist buttons and one camera for facing toward and away from the user— it breaks new ground in other areas.

The phone’s Firefly object recognition feature can identify items and product names captured with the device’s camera. It can also pull in useful information such as phone numbers, website addresses. The company has catalogued more than a hundred million items that Firefly can recognize and has tweaked the technology to recognize words and characters in a variety of real-life situations.

Another feature, called dynamic perspective, uses four infrared, front-facing cameras that tell the phone where the user’s face and eyes are located. The feature adjusts the user interface so that tilting the screen relative to the viewer’s face can toggle through screens, scroll through websites, make online video game characters fly up or down, and render buildings and other custom-made art in 3-D.

The entry-level Fire phone costs $199 with a two-year AT&T contract, which places it at the high end of smartphone pricing. But the phone comes with 32 gigabytes of memory, double the standard 16 GB. It also comes with 12 months of Amazon Prime, the company’s free shipping, video, music and book subscription plan, which normally costs $99 a year.

This is a very aggressive price point for a premium phone, Bezos said.

The new device fits with Amazon’s broader aim to create a more efficient shopping experience while steering more consumers to its retail products.

It goes back to the mission of Amazon, which is to sell you stuff, said Ramon Llamas of the research firm IDC. It reduces the number of steps it takes to buy things on the phone.

Fire also comes with a 4.7-inch screen, suitable for using with one hand, and earbuds with flat cords and magnets that are designed to eliminate tangles.

Persuading consumers to buy the Fire over an iPhone or Samsung phone will be tough, analysts say, particularly because Amazon isn’t offering price breaks the way it has with Kindle tablets. And sophisticated technology such as 3-D will appeal primarily to early adopters of technology.

The technology’s cool, but consumers don’t buy technology, said Julie Ask, an analyst at Forrester Research. We buy solutions. We buy services. We pay for things that make our lives easier.

Charles Golvin, founder of Abelian Research, believes the phone will appeal mostly to people who already use Amazon services heavily.

Any loyalist of iPhones or Google is going to have to judge whether there’s enough value in what Amazon is offering with Fire to make the transition, he said.

Samsung and Apple dominate worldwide smartphone sales with a combined 46 percent share, according to IDC. And in the U.S., Apple leads with more than 37 percent, with Samsung at nearly 29 percent.

Amazon could succeed even if it doesn’t steal market share from the top phone makers. Michael Scanlon, managing director with John Hancock Asset Management, said success will be measured by whether Amazon can increase loyalty among its Amazon Prime members and get them to boost purchases.

Amazon is giving Fire owners a free year of membership, which normally costs $99, and existing subscribers an extra 12 months of membership. Prime offers free two-day shipping, encouraging impulse purchases. It also offers free access to some movies, TV shows, music and books and could encourage consumers to buy additional content, once they are used to the offerings.

Meanwhile, Firefly could encourage more purchases. The feature lets you snap bar codes, phone numbers and more. It can even direct you to facts and data, such as a Wikipedia entry with information about a painting you snapped. It listens to songs, TV shows and movies and can pull up extra info like lyrics, actor bios and other information through its IMDb database.

The phone will be available July 25 in the U.S. exclusively through AT&T. People were able to start ordering it Wednesday. 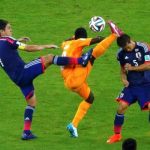 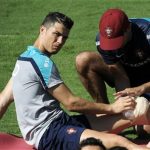 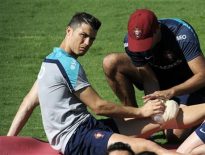 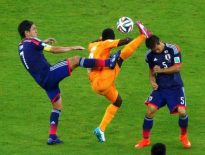