(Reuters) – Zynga Inc shares fell more than 10 percent on Tuesday, extending three months of steady losses, as the social gaming company’s user numbers wane and investors worry that the craze for games on Facebook may have passed its peak. 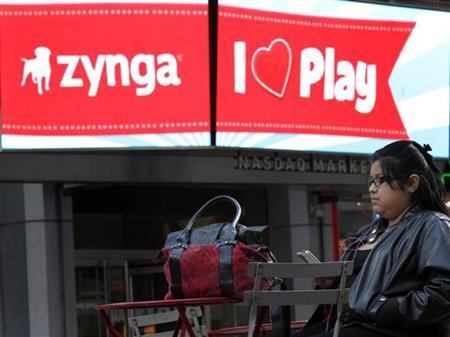 The corporate logo for Zynga is seen on a screen outside the Nasdaq Market Site in New York, December 16, 2011. REUTERS/Brendan McDermid

The San Francisco-based creator of “Farmville” and “Hidden Chronicles” – Web-based titles played by millions of Facebook users – is having trouble retaining gamers, many of whom are switching to mobile phones for entertainment, analysts say.

The company said on Tuesday that it had expanded its mobile hit Draw Something to 12 additional languages to entice new users worldwide, but that announcement failed to arrest a steep sell-off as shares plunged below $5 for the first time.

Nasdaq shortly before 10 a.m. on Tuesday alerted traders that the stock had tripped a “circuit breaker” intended to stem precipitous drops in share prices. The ban, which is automatically triggered whenever a stock falls 10 percent or more from a previous day’s close, will be in effect through Wednesday.

Zynga’s slide came after analysts at Cowen & Co published a report Tuesday predicting that the market for games on Facebook was in an “accelerating user tailspin.”

Zynga’s daily active users dropped 8.2 percent to 54.2 million in May, according to AppData.com, a website that tracks apps on Facebook and mobile platforms.

The slide in user numbers does not necessarily foretell declining financial performance at a company that has been exceptionally adept at squeezing big revenue out of a small number of dedicated, hard-core gamers, analysts caution. But some warn of cloudy forecasts for social gaming more broadly.

“There just hasn’t been enough innovation recently for people to get excited about,” said Arvin Bhatia, an analyst at Sterne Agee who has long been bearish on Zynga but raised his rating from earlier this month to neutral from sell.

“There’s a novelty factor wearing off in social games,” Bhatia said. “We see social gaming being around for a while, but the days of high growth are perhaps behind us.”

Investors have been expressing concerns about Zynga’s organic growth prospects since March, when the company acquired OMGPOP, the Draw Something developer, for $183 million in its biggest deal ever.

Related:  The Internet of Things is going to be a legal nightmare
Powered by Inline Related Posts

The pictionary-like game for smartphones and tablets has been shedding users since the deal, with Appdata.com showing a roughly 30 percent falloff in Facebook-linked players in just the past month.

Zynga looked to bolster the game’s user numbers with the announcement on Tuesday of 12 new language releases, including a simplified Chinese version produced in partnership with Sina Corp’s Weibo platform.

But it is the partnership with Weibo, a popular microblogging service that resembles both Twitter and Facebook and boasts 300 million registered users in China, that will be most closely watched as it offers the Zynga entree into the potentially lucrative mainland China market.

Zynga, which depends heavily on Facebook as a distribution platform, has been largely unable to enter the China, where Facebook has been blocked for years.

Zynga began testing Chinese waters in 2011, when it partnered with online-messaging company Tencent to roll out a Chinese version of its popular CityVille game. The game’s performance has not been disclosed by the company.

Zynga has shed nearly $5 billion of its value since December, when it took advantage of the enthusiasm for Facebook and interactive online games with an initial public offering that valued the company at almost $9 billion.

Facebook’s messy IPO has further damped investor appetite for consumer Internet stocks, while Zynga has struggled to ignite further growth and insiders have sold more than $500 million of stock.

But the stock still trades at some 20 times forward earnings according to Thomson Reuters data, outshining the 11 to 12 times of old-line gaming firms such as Activision Blizzard and Electronic Arts. 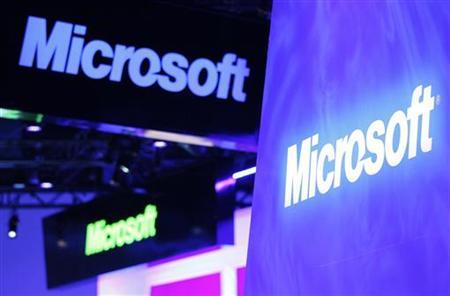 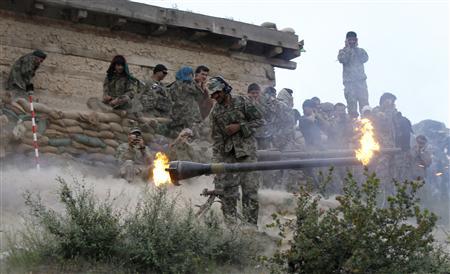