(Reuters) – U.S. government debt prices jumped while the dollar fell on Friday as weaker-than-expected jobs growth in December cast some doubt on the U.S. economic outlook. 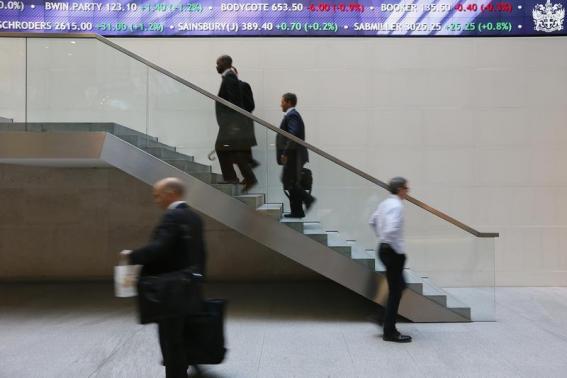 People walk past an electronic information board at the London Stock Exchange in the City of London October 11, 2013. REUTERS/Stefan Wermuth

A world equity index rose and the Standard & Poor’s 500 index .SPX ended up as defensive shares gained on the U.S. jobs data.

Analysts said the jobs setback was affected by unusually cold weather and was likely to be temporary, though it was enough to raise some questions about the next move from the Federal Reserve.

The report helped support the view the U.S. central bank, which last month announced it would begin scaling back its massive stimulus program, will take a gradual approach to reducing its bond-buying program this year.

“Since economic momentum had seemed to be picking up, there were real concerns that tapering would become more aggressive throughout the year – fears that this report has washed away,” said Alec Young, global equity strategist at S&P Capital IQ in New York.

“People are hoping this is an anomaly, and it seems like it was related to the weather, but if it is a trend, then that is a real threat to GDP and corporate earnings growth.”

U.S. nonfarm payrolls rose just 74,000 in December, the smallest increase in nearly three years and far below the 196,000 forecast by economists. The unemployment rate fell 0.3 percentage point to 6.7 percent, but this in part reflected people leaving the labor force.

The central bank announced in December that it would trim its monthly purchases of bonds to $75 billion from $85 billion, and many economists had expected it to decide on a similar-sized cut at its next meeting on January 28-29.

The dollar fell broadly following the jobs report. Against the yen, the dollar last traded at 104.10 yen, down 0.7 percent and below the session’s high of 105.12 yen.

The U.S. dollar index .DXY, which measures the greenback versus six major currencies, was down 0.5 percent.

“It was clearly a disappointing number and the markets are reflecting that disappointment by selling the dollar across the board,” said Omer Esiner, chief market analyst at Commonwealth Foreign Exchange in Washington, D.C.

November’s payrolls figures were revised higher, however, and the possibility that winter weather had affected the report had some investors thinking the December numbers will be revised later as well.

Shares of Alcoa Inc (AA.N) fell 5.4 percent to $10.11 a day after the company reported a massive quarterly loss. Alcoa’s results were hurt by recent declines in aluminum prices and a non-cash impairment charge on smelter acquisitions.

For the week, the S&P 500 rose 0.6 percent, while the Nasdaq climbed 1 percent. The Dow Jones industrial average finished the week down 0.2 percent.

Gold rose 1.5 percent for the day and notched a third consecutive weekly gain after the disappointing U.S. jobs data.

Spot gold edged up to $1,245.58 an ounce. For the week, gold was up almost 1 percent, rising a third consecutive week, its longest weekly winning streak since August.

Oil futures also rose, reversing two days of losses, as traders covered short positions ahead of the weekend and as reports of production problems at a major U.K. oilfield fueled supply worries.

In contrast to the Fed, the European Central Bank has kept holding out the prospect of yet more stimulus.

Asian markets were soggy overnight after China trade data proved mixed. While exports grew a little less than expected at 4.3 percent in December from a year earlier, imports easily outpaced forecasts with an increase of 8.3 percent.

The jump in imports could point to stronger domestic demand and a rebalancing away from a reliance on exports to fuel growth, a sea change long desired by policymakers everywhere. 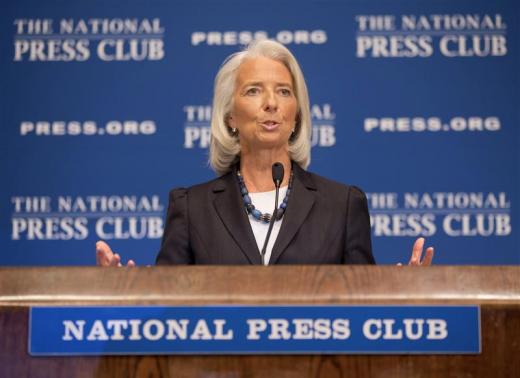 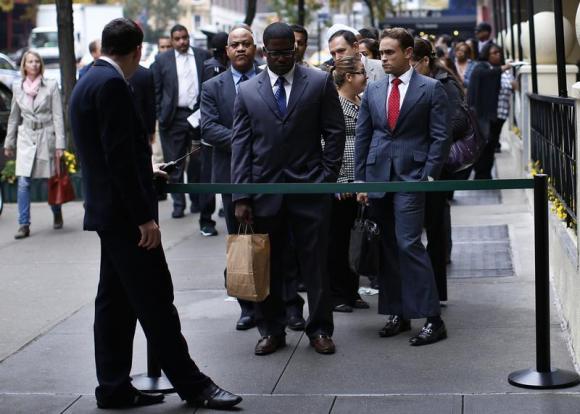