The case resulted from allegations of illegal working conditions against an L.A.-based labor contractor that provided employees for Hawaiian pineapple fields.

Del Monte’s agreement with the U.S. Equal Employment Opportunity Commission marks the first in a series of forthcoming settlements in what commission officials have called its largest farm labor trafficking case. The case involves a Los Angeles-based labor contractor, six farms and more than 200 Thai workers.

Global Horizons Manpower Inc., the labor contractor headed by Israeli native Mordechai Orian, is accused of subjecting workers in Hawaii and Washington to inadequate pay and nutrition, rat-infested housing and other illegal work conditions based on their national origin and race. Del Monte contracted with Global Horizons for Thai farmworkers from 2003 through 2005.

Anna Park, EEOC regional attorney, said Global Horizons and one of the six farms have yet to settle and are set to go to trial in February.

She hailed Del Monte as a true leader and innovator in agreeing not only to pay compensation but also to launch what she called an unprecedented series of reforms to protect farmworkers. The farming industry is rife with abuse, particularly sexual harassment of women, that too often goes unreported, Park said.

Del Monte, one of the nation’s largest producers of fresh fruit and vegetables, has agreed to require labor contractors to inform workers of their labor rights, investigate complaints and certify payments to farmworkers. Del Monte also agreed to conduct two audits, among other steps.

The firm, which has since shut down its Hawaii pineapple fields, could not be reached for comment and has not admitted guilt under the agreement, which still requires the approval of a federal judge. Orian, reached Monday, called the charges “crazy stuff that never happened” and said he planned to fight them in court. The Malibu resident added that Global Horizons has not been in business since 2007.

The settlement thrilled Theim Chaiyajit, a Fresno resident who said he was lured to the United States in 2003 by a recruitment agency in Thailand. He said that although he was forced to pay a $15,500 recruitment fee — nearly twice his annual earnings in Thailand — he mortgaged his home, sold his truck and took out a loan to make the trip so he could provide for his family and afford to send his children to school.

But Chaiyajit said he was never paid for the 22 days of work he did for Del Monte, was underfed and crammed into a one-bedroom apartment with 11 other Thai workers.

He said he was finally free from fear and hoped to pay off his remaining debt for the recruitment fee before rejoining his family in Thailand.

Park said it would not be known how much each Thai worker would receive until the claim process was completed.

I don’t have to worry or be stressful or live in fear anymore, he said. I want to encourage others who experienced what I experienced to not be afraid and to seek help from the EEOC. 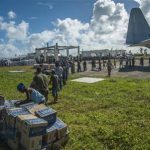 Philippines to split up typhoon relief zone country by country 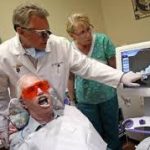 Top Gear in Iran: Why do Iranians love Jeremy Clarkson?

John Boehner: ‘I can’t imagine’ my position on gay marriage would ever change 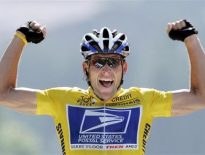 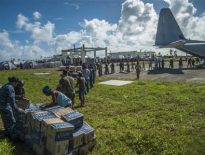