(Reuters) – Shares dipped and the dollar lost ground on Tuesday as investors consolidated positions before a U.S. Federal policy meeting at which the central bank is set to start scaling back stimulus.

The FTSEurofirst 300 .FTEU3 index of top European shares was down 0.3 percent in early trade, retreating from a five-year high hit in the previous session.

The Fed’s Open Market Committee begins its two-day meeting on Tuesday, and despite a lacklustre August U.S. jobs report, it is expected to trim its monthly asset purchases by about $10 billion from $85 billion.

“The start of the Fed’s tapering has been priced in already, and investors now realise that lowering stimulus measures means that the U.S. economic recovery is gaining traction,” said David Thebault, head of quantitative sales trading, at Global Equities in Paris.

“Now the question is: how big will be the first reduction in the programme? Investors are pricing in $10 billion, but $20 billion or above could create waves, so people remain cautious ahead of the decision.”

With the Fed looking set to take its first step to wind down its stimulus, investors will also be focusing on the central bank’s guidance on its future policy stance on Wednesday.

“On top of the size of tapering, what’s more important this time is the Fed’s forecast of interest rates in 2016, which will give markets an idea on the pace of future rate hikes,” said Sho Aoyama, senior market analyst at Mizuho Securities.

Brent oil futures edged lower on Tuesday, extending the previous day’s steep losses, as easing worries over Syria calmed fears that crude supply from the Middle East would be at risk.

Brent crude for delivery in November was down 23 cents at $109.84 a barrel, after touching a near one-month low of $108.73 in the previous session.

Gold hovered just above a five-week low, while copper edged higher on Tuesday but stayed close to five-week lows in cautious trade ahead of the Fed. 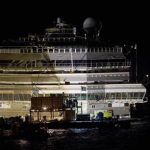 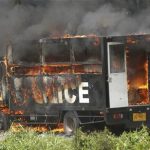 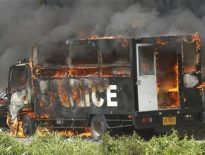 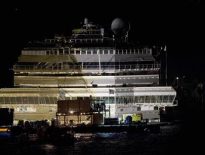