(Reuters) – The U.S. government said on Thursday it expected to sell its remaining shares of General Motors Co (GM.N) by the end of the year, a plan that may leave taxpayers saddled with a total shortfall of about $10 billion on the automaker’s 2009 bailout.

The Treasury Department’s intention to sell the last remnant of its GM stake highlights a remarkable recovery staged by the U.S. auto industry since the nearly $50 billion taxpayer-funded rescue of the largest of the Detroit 3 automakers.

U.S. auto sales through October have risen 8.4 percent, with sales expected to top 15.5 million for the full year – well above the recessionary trough of 10.4 million in 2009.

Our goal was never to make a profit, said a Treasury official who requested anonymity. It was to save the U.S. auto industry.

Even so, Washington’s move also calls attention to how much the unprecedented bailout, implemented under the government’s Troubled Asset Relief Program (TARP), has cost taxpayers.

As of Thursday, the government said it had completed the sale of 70.2 million shares of GM stock, and to date had recouped $38.4 billion of the $49.5 billion investment.

At current prices, Treasury would recoup another $1.2 billion from its remaining stake of 31.1 million shares, bringing its total recovery to $39.6 billion. Treasury said its initial cost basis for the GM shares was $43.52 a share, compared with a closing price of $38.12 on Thursday.

While saying the final GM share sale would take place by year-end, Treasury has given itself some leeway. Any sale, it said, was subject to market conditions and if average daily trading volumes remained at recent levels.

The Obama administration has said repeatedly it wanted to get out the business of holding shares of private companies as soon as practical, but it wanted to protect taxpayers by selling when the time was right.

Previously, it said that would likely happen by April 2014, but analysts had expected it to move up the final sale date.

Despite the likely loss on the GM investment and TARP-related housing programs, taxpayers eventually could end up in the black for TARP overall. To date, TARP has disbursed $421.6 billion while recovering $413.8 billion.

The exit will benefit GM in several respects, analysts say. It will lift the “Government Motors” stigma from the automaker and allow GM to begin paying dividends for the first time since the restructured company’s initial public stock offering three years ago.

With the prospect of renewed payouts, GM stock on Thursday closed 1.1 percent higher at $38.12 on the New York Stock Exchange.

While the U.S. Treasury’s equity stake draws to a close, our work to transform GM continues, GM said in a statement. We’re making great progress in our efforts to make the most of this second chance.

In general the Detroit automakers have become profitable in recent years, although GM’s net earnings for the first nine months dropped to $4.3 billion from $5.0 billion in 2012.

One thing that hasn’t changed is that the majority of those profits are still driven by large pickup trucks and SUVs, which contribute more than two-third of GM’s global pre-taxearnings.

Treasury’s sale of the shares “could lead to the lifting of compensation limitations for GM’s key executives,” Buckingham Research analyst Joseph Amaturo said in a Thursday note to clients.

That may enable GM to offer a more generous and competitive compensation package if the board elects to search for outside candidates to succeed Chief Executive Officer Dan Akerson, said analyst Matthew Stover of Guggenheim Securities.

In a quarterly filing to Congress in late October, the U.S. government said it already had booked a loss of $9.7 billion on its shares, which were acquired as part of GM’s Chapter 11bankruptcy filing and subsequent bailout.

Treasury since then has whittled down its GM stake through a series of stock sales.

A healthcare trust for the United Auto Workers union still owns a stake of about 10 percent in GM. 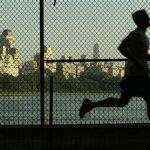 Physical fitness may be tied to slower memory decline 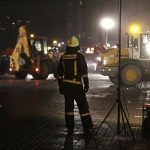 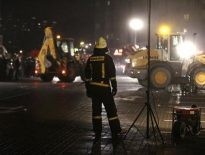 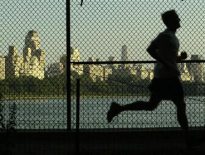 Health Physical fitness may be tied to slower memory decl…