Ancient Egypt is a place of wild beauty and great fascination to many people today. Once, a hotbed of intrigue, commerce, and industry there is much about Egypt that remains dark and mysterious even in the modern world in which we currently live. One thing is certain however, the ancient Egyptians were artisans in their own right and one type of art in which they excelled was pottery. The pottery of ancient Egypt is often imitated today for many reasons.

Scholars have come to some sort of consensus of belief that the ancient Egyptians may have been the first to use enamel in pottery-a practice that adds great beauty and value to the pottery pieces, making them a true work of art. The amazing thing is that this is something that was introduced, we believe, nearly four thousand years ago and is still valued in today’s modern society.

To illustrate just how important pottery was to the ancient Egyptians there are actually pieces of pottery that are included in the ancient hieroglyphics that depicted acts of day to day living in this ancient civilization. Pottery was included in more than a few of these glimpses into history establishing its importance and the commonality of its use.

Pottery in ancient Egypt was almost always made for use rather than made for decoration. Even the smaller pieces were meant to hold perfumes with the larger pieces of pottery holding grains, water, wine, and even meat for later use or consumption. The pottery of ancient Egypt could also be found in many sizes to accommodate the different needs the pottery filled. It was common to find various pieces ranging in sizes from inches tall to three or four feet in height. Pottery was as common to the Egyptians of old as appliances are today and it did serve to make life go much more smoothly for the people who used it.

In ancient Egypt pottery was also used for some of the most sacred rites of burial. Pottery pieces were used to hold certain organs after they were removed from the body during the embalming process to prepare the body for burial. Each of the following: heart and lungs, liver, small intestines, and the stomach were placed in four separate containers made of pottery and buried along with the body. It should be noted that the Egyptians are not the only civilization to use pottery in relation to the dead. The ancient Greeks also stored the ashes of their dead in ceramic containers.

To understand the true beauty of the pottery of ancient Egypt one doesn’t really need to understand the lack of sophisticated tools available to the ancient Egyptians to realize how stunningly beautiful many of the pieces really were. The fact that so many have managed to survive nearly four thousand years and many of them are quite well preserved allows us to glimpse not only the rise of pottery during that period of time and in that part of the world but also the evolution of this pottery as new methods were discovered and enhanced and as artisans improved and honed their skills.

If you ever have the opportunity to visit a museum that has an exhibit dedicated to Egyptian pottery and have any interest at all in modern pottery I urge you to attend and learn about the fascinating techniques utilized by this ancient civilization to create works of art that are nearly impossible to rival today despite the wealth of technology that is at our disposal. If that isn’t impressive to you, I would be inclined to believe that you are quite difficult to impress.

Whether you appreciate history as much as the next guy or gal or not is not as important as whether or not you appreciate beauty. The ancient Egyptians had beauty down to a science rather than an art when it came to creating beautiful pieces of pottery. We are quite fortunate that so many have managed to survive the ravages of time, greed, and war to be enjoyed all these years later. 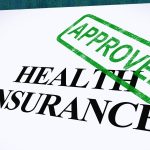 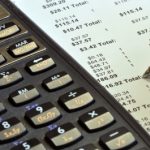 Kim Kardashian Keen For Kanye West To Get ‘Lots Of Reality TV Experience’ Ahead Of Their Own TV Show? 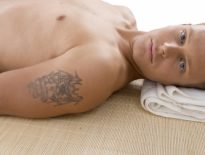 Entertainment Why Do People Get Tattoos? 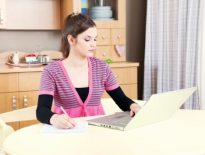 Education Education: The Online Education And Making It Work…