Magic Johnson’s gay son is going public with his romance. 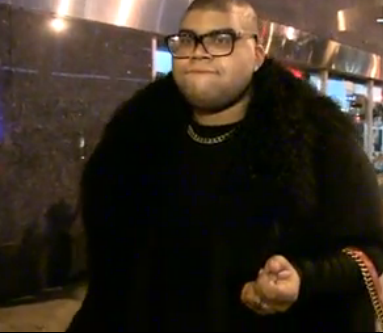 Although this is reportedly the first time Earvin, also known as EJ, and his boyfriend have been seen together publicly, there is nothing to suggest that he was not open about his sexuality prior to this.

EJ is a 20-year-old student at New York University and Magic and his wife, Earlitha “Cookie” Kelly, couldn’t be prouder of him. “Cookie and I love EJ and support him in every way,” Magic told TMZ. “We’re very proud of him.”

When Magic revealed he was HIV-positive in 1991, rumors about his sexuality arose. Instead of recoiling from the spotlight and the speculation, the former Los Angeles Lakers player used his celebrity to spread awareness and tolerance.

Back in 2008, Magic opposed California’s Proposition 8 — a clause that banned same-sex marriage in the state.

“Prop 8 singles out one group of Californians to be treated differently — including members of our family, our friends, and our coworkers,” he said in a recorded telephone message sent to California voters. “That is not what California is about. So this Tuesday, vote no on Proposition 8. It is unfair and wrong. Thanks.”

Magic is not alone in his stance. More and more athletes are speaking out in support of equality as of late.

Most recently, Minnesota Vikings punter Chris Kluwe told athletes who are concerned about possibly sharing a locker room with gay peers to “grow the f**k up.”