You wake at day each morning and immediately jot down a list of the things to do before making yourself a nutritious smoothie. Later at work you feel satisfied as you draw a line through each obligation you’ve met — right on deadline.

Meanwhile, your partner grumbles when the alarm buzzes, hitting the snooze button without a care. Last night, you advised him not to stay up late — especially with his important presentation today — but he laughed and called you a goodie-goodie.

Does it ever feel like the two of you are just wired differently? Most likely you are, says author and frequent TODAY contributor Gretchen Rubin.

In her bestselling book Better Than Before: Mastering the Habits of Our Everyday Lives, Rubin categorizes people into four different personality types based on how each of us responds to expectations, or requests, made of us. Rubin calls her framework the Four Tendencies.

Knowing what your own tendencies are helps you to know your strengths and weaknesses, Rubin tells TODAY.

The people who are most successful and the happiest are the ones who’ve figured out, whether consciously or unconsciously, how to counterbalance the limitations of their tendency, says Rubin.

So it makes sense, she says, that knowing your partner’s personality type, too, can help you both navigate life together more smoothly.
What are the Four Tendencies?

1. Obligers. These are people who are fantastic at meeting outer expectations — for friends, loved ones, co-workers and so forth — but not as good as meeting inner expectations, or those they make of themselves. Knowing that other people are depending on them is what impels them to get things done. Most people are Obligers.

2. Questioners. These folks resist outer expectations until they are sure those expectations are valuable, worthy or fair. They tend to take a long time to make decisions because they’re busy crunching numbers or doing other research. However, questioners do well with inner expectations.

3. Upholders. Upholders tend to meet both outer and inner expectations. Deadlines? Appointments? No problem. If you’re checking things off a to-do list every day, chances are you’re an Upholder.

4. Rebels. They have a tendency to resist both outer and inner expectations. No one else can tell them what to do. Rebels are the smallest group in the framework.

(Unsure what your tendency is? Take Rubin’s quiz.)

Rubin says happy couples come in all kinds of combinations. However, she’s made some observations about certain personality types together over the years.

For one, she’s noticed that couples with one partner who’s an Obliger tend to do very well. Obligers get along with everybody, she says.

They even do well with Rebels.

While other types might find the Rebel’s endless resistance to conformity exhausting, Obligers find it sexy. Rubin says without fail, nearly all of the Rebels she’s met who are in successful long-term relationships are in them with Obliger partners — people who normally do what others ask of them.

It’s exciting that a Rebel is saying, ‘We’re not going to do that! I’m not following the rules and you don’t have to either!’ says Rubin. Both Obligers and Rebels feel a real pressure of having to meet outside expectations. But the Rebel is like, ‘We can blow that off! Come with me!’ and the Obliger feels freer from those expectations.

Meanwhile, an Upholder would balk at the Rebel shrugging off expectations, Rubin says. Upholders live to nail deadlines and fulfill requests. A Questioner would ask the Rebel, Why is it fair that you get to choose what you want to do and I don’t?

Rubin says many Rebels confess to feeling more grounded with an Obliger partner. An Obliger allows a Rebel to be in the world, she explains.

Interestingly, the only type an Obliger might run into trouble with is another Obliger. Two Obligers together can kind of stall out in certain areas of their life, says Rubin. Obligers, she says, need some kind of outside force to create momentum. If neither partner creates it, nothing happens.

To illustrate how the different tendencies function, Rubin gives the example of an Obliger confessing that she sometimes daydreams about selling the house and moving.

If that Obliger’s partner is another Obliger, they may discuss it, but the move may not happen because no one pushes for it.

Whereas, a partner who’s a Questioner would say, ‘I’ve crunched the numbers and we’ll save money if we move’ Rubin explains. And an Upholder would say, ‘Let’s put it on the list! Let’s do it!’ And a Rebel might say, Yeah, this place sucks. Let’s go!’

They need someone else to make that expectation of them, she says.
Using strategy to live with you partner — and vice versa

Once you know how your partner reacts to expectations, you can communicate together in a way that allows you both to feel comfortable. The more conscious you are of a pattern, the more you can intervene in it, she says.

For example, if the two of you need to choose a new house painter and you’re already feeling drained by the thought of your Questioner partner’s endless online research, you might say, Let’s agree to look into it for one month only, and then we make our choice.

If your partner is an Obliger and feeling burned out from meeting the expectations of so many others, you might strategize how to create an expectation that’s actually healthy for him. You could say, ‘I’m buying you a gift certificate for a massage and it’s going to hurt my feelings if you don’t do it,’ says Rubin.

There are also plenty of benefits to a partner who understands your tendencies, says Rubin. She identifies as an Upholder and says she often relies on her husband, a Questioner, to figure out which expectations she can let go of.

His example helps me. Sometimes I will just literally ask him, ‘Do I really have to do this?’ He’s a good sounding board, she says.

When it comes to Rebels, you might consider tweaking your language so that he can still feel like he’s rebelling, which might mean something as odd as asking him to do the opposite of what you really want.

In general, any combination has the potential to be happy couple, but it lessens the feeling of conflict when you know your partner’s tendencies, says Rubin. It sort of helps you say, ‘Well, this is just how this person is.’ 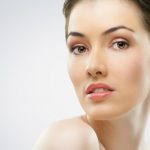 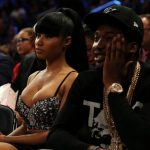 Nicolas Sarkozy to be investigated in Bettencourt scandal

Rihanna & Nicola Roberts Battle It Out For Cleopatra

Amid tensions, Obama, Putin put on a happy face 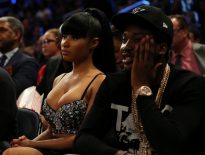 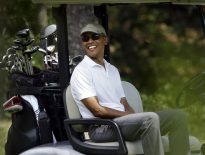