(Reuters) – What does the author of the most eagerly awaited book of the year do on publication day?

Author J.K Rowling poses for photographers with a copy of her adult fiction book “The Casual Vacancy”, at the Queen Elizabeth Hall in London September 27, 2012. REUTERS/Paul Hackett

If you are J.K. Rowling, whose adult fiction debut “The Casual Vacancy” hit the shelves on Thursday, you watch a movie in your hotel, avoid reading newspaper reviews and later in the evening address 900 people at a question-and-answer session.

The 47-year-old read from her new novel and took questions on death, digital publishing and the Olympics opening ceremony at her first public appearance to promote The Casual Vacancy held at London’s Southbank Centre (southbankcentre.co.uk).

She engaged openly with fans, at one point accepting a gift from a breathless visitor from Spain whom she embraced and kissed on stage, and later personally signed hundreds of copies of her new book.

Asked by moderator Mark Lawson how she had spent her day, she replied: “I’ve spent most of the day trying to avoid newspapers. I will read reviews, but I don’t like to do it on a day where I’ve got to go out and talk about the book.

Rowling, who received mixed reviews for her gritty tale about a small English town, added that she probably would read what critics had to say eventually, just as she did with the seventh and final Harry Potter instalment published in 2007.

“With (‘Harry Potter and the) Deathly Hallows’ I didn’t read any of the reviews at all for ages.

“I kind of felt about Hallows the way I feel about this book. In both cases I felt well, I’ve done the best I can do, the book is what I want it to be, so, I don’t mean it in an arrogant way, that’s it. I’m done. So it doesn’t really matter.

“I did later. It was months later. It takes the heat out of it if you’re not reading them on publication day.”

The release of The Casual Vacancy is one of the highlights of the publishing calendar this year, with hefty sales expected for a writer whose Potter series sold 450 million copies and who went on to become the world’s first billionaire author.

Rowling could not resist mentioning one review, however, which she had clearly either read or been told about.

Jan Moir wrote a scathing assessment in the Daily Mail, a newspaper considered the preserve of the middle class which Moir felt Rowling had unfairly lampooned in her book.

Moir described The Casual Vacancy as “more than 500 pages of relentless socialist manifesto masquerading as literature”, a description Rowling, who was an unemployed single mother living on state benefits when she started writing the Potter books, took as a compliment.

“A 500 page socialist manifesto. I high-fived my husband!” she joked. “I thought that’s all right. It made me laugh so much. Apart from Men in Black 3 that was the highlight of my day.”

Rowling was asked why death was such a prominent theme throughout her work.

“Death obsesses me. What can I tell you?” she said. “I can’t really understand why it doesn’t obsess everyone. I think it does really, I’m just maybe a little more out about it.

“It’s made me much less afraid of it,” she added later. “I think things lose their mystique when you think about them a lot and you consider them a lot.

“I’m frightened of leaving my children. It’s the thing I dislike most about the idea that I will die, but death itself doesn’t frighten me really.”

She said she understood why her publishers, Little, Brown Book Group, had imposed strict conditions on allowing journalists to read the book before publication.

“The internet really has changed everything. It’s the net that’s done it,” she explained, quoting examples of other leading writers who had seen their manuscripts end up online or proofs being auctioned on eBay.

“As a writer that is a horrible, horrible experience.”

On Potter, Rowling admitted she had made mistakes, in particular a mirror belonging to the character Sirius Black in “Harry Potter and the Order of the Phoenix”, the fifth book.

The “Marauder’s Map” used by Potter was also problematic.

“Half way through the series I cursed myself for giving Harry the Marauder’s Map, because it was far too useful an object so I had to take it away from him and then give it back to him.

“That’s the trouble. You invent these amazing objects, and then they cause you as much trouble as they solve. So quite a bit of that went on.”

In a separate BBC Radio interview broadcast on Thursday, Rowling said that the world of witches and wizards “does sometimes tug at me a little bit,” although she had no plans to write anything else Potter-related.

“I’ve always said never say never purely because I liked it and I might want to do it again, but Harry’s stories I am as sure as you can be it is done.”

Rowling added that two books for children “are pretty well developed” and she knew what her next one for adults would be, although it was “not very well advanced.” 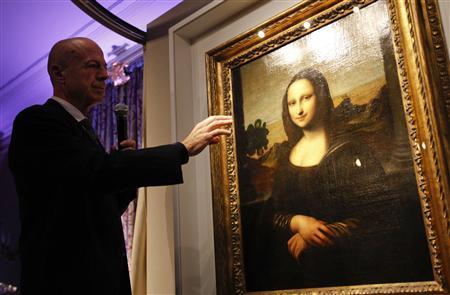