(Reuters) – American R&B star Usher scored his fourth No. 1 on the Billboard 200 album chart on Wednesday with “Looking 4 Myself,” topping new releases from Rush, Josh Turner and Ed Sheeran.

“Looking 4 Myself,” the seventh album from 33-year-old Usher, sold 128,000 copies in its first week according to Nielsen SoundScan figures, falling far below the “Scream” singer’s last set, “Raymond v Raymond,” which debuted with sales of 329,000 in 2010.

Usher will face strong competition for the top spot next week from his protégé Justin Bieber, whose highly anticipated album “Believe” was released this week and topped the iTunes chart.

Veteran Canadian rockers Rush came in at No. 2 with “Clockwork Angels,” selling 103,000 copies and pushing British songstress Adele to No. 3 with her Grammy-winning “21,” which has spent 69 weeks in the top ten.

Rush, who have been in the music business for four decades, have yet to score a No. 1 debut on the Billboard album chart.

Country music singer Josh Turner entered the Billboard 200 at No. 4 with his “Punching Bag,” selling 45,000 copies in its first week. The record also topped the Billboard Country Albums chart.

British singer-songwriter Ed Sheeran notched the No. 5 spot with his debut disc “+,” which sold 42,000 copies in its first week, aided by iTunes, which promoted the lead single “The A-Team” on their front page.

“+,” which debuted at No. 1 in Britain in late 2011, gave Sheeran the highest U.S. debut by a British male solo artist since Radiohead’s lead singer Thom Yorke released his solo effort, “The Eraser,” in 2006.

Rounding out the top ten this week are One Direction’s “Up All Night” at No. 6, Neil Young and the Crazy Horse’s “Americana” at No. 7, Alan Jackson’s “Thirty Miles West” at No. 8 and the “Rock Of Ages” film soundtrack at No. 9. 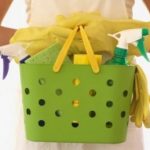 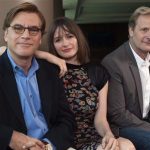 A Minute With: Aaron Sorkin on “The Newsroom”

Usher debuts at top of Billboard 200 for fourth time 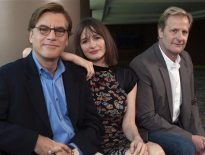 Entertainment A Minute With: Aaron Sorkin on “The Newsroom… 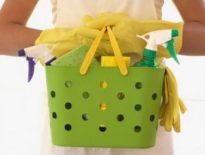 Business Is Your Hotel Room Contaminated? Or Is The Media H…