Earlier today, a source close to Kim Kardashian revealed to Us Weekly that Kardashian and Kanye West are having fertility issues. Kim has been undergoing IVF, the source told the magazine. It’s causing problems with her body.

Though anonymous insiders like these are not always reliable sources, this rumor feels rooted in a lot of truth that Kardashian’s already openly shared. On this season of Keeping Up with the Kardashians, she underwent a procedure on her uterus. And according to Us Weekly, she’ll share on the May 31 episode that an implanted embryo did not take.

In a society obsessed with celebrity babies, Kardashian’s story is one that merits particular attention. According to the Centers for Disease Control and Prevention, about 10 percent of women (6.1 million) in the United States ages 15 to 44 have difficulty getting pregnant or staying pregnant. The organization also claims that one-third of fertility issues are caused by women, while another third are caused by men.

For the millions of women facing fertility issues, it can be something of a comfort to see that even the most glamorous, famous women aren’t exempt from the same struggles.

Of course, Kardashian also has the benefit of incredible wealth — at a level that very few women can relate to. Money, of course, gives her access to resources for starting a family that others could only dream of. But other women battling infertility and considering surrogacy can relate to Kardashian’s emotions, and to the vulnerability she faces by sharing her story. 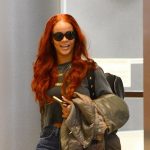 Welcome to Miami! Rihanna looks effortlessly cool in patterned jeans and bunny backpack as she continues her endless jet-setting 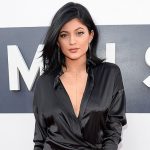 Dinosaurs died out after asteroid crash because they could not survive hatching out of eggs, study shows 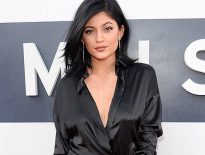 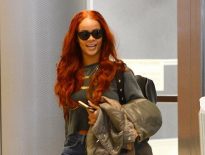