Uber has suspended the accounts of 240 users in Mexico who may have been in contact with drivers that ferried a person suspected of having the deadly coronavirus.

More than 300 people have died from the novel coronavirus in mainland China and although more than 100 people have been infected outside the country, Mexico has not reported a confirmed case.

The ride-hailing app said Mexico City health authorities requested information in January on a possible carrier of coronavirus, with Uber finding two drivers who transported the suspected individual before driving a further 240 people.

We have proceeded to send information to these two drivers and the 240 users regarding the temporary deactivation of their accounts, the company said in a statement posted on Twitter.

Mexico’s Ministry of Health said it continues to monitor people who may have had contact with the possible coronavirus carrier — identified as a tourist of Chinese origin — who subsequently left the country.

Of the contacts identified so far, none have developed symptoms of the disease more than 10 days after exposure, which exceeds the average incubation time, the authorities said in a report.

Also on Saturday, Mexico said it had evacuated 10 people from the Chinese city of Wuhan, the epicenter of the outbreak. 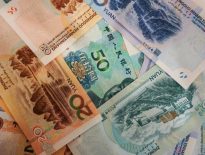 Business Chinese central bank to pump $173 bln to economy i… 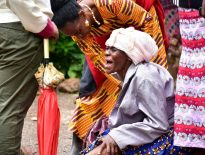